Luffy may be the future Pirate King in One Piece, but that doesn’t mean he will fight every single enemy along the way.

Indeed, it’s been a very long journey for the Straw Hat. He’s been through every trial and tribulation by this point. Even then, he did manage to avoid a few enemies along the way. Sometimes he leaves them for somebody else to deal with.

This article will take a look at the One Piece fights that never came to be. For one reason or another, Luffy managed to avoid a direct confrontation with them. Whether they are minor or major antagonists, they have never had a full one-on-one fight with the Straw Hat.

These figures are the highest known authority in the World Government, although they secretly take orders from the mysterious Im. The Five Elders are directly responsible for several conflicts in the One Piece series.

Funny enough, Luffy isn’t even aware of their existence. This is because they prefer to let others do their dirty work. The Straw Hat constantly has to deal with government agents sent after his crew, such as CP9 in Enies Lobby.

Since the Five Elders live in the Holy Land of Mary Geoise, it’s understandable that Luffy has not met them yet. 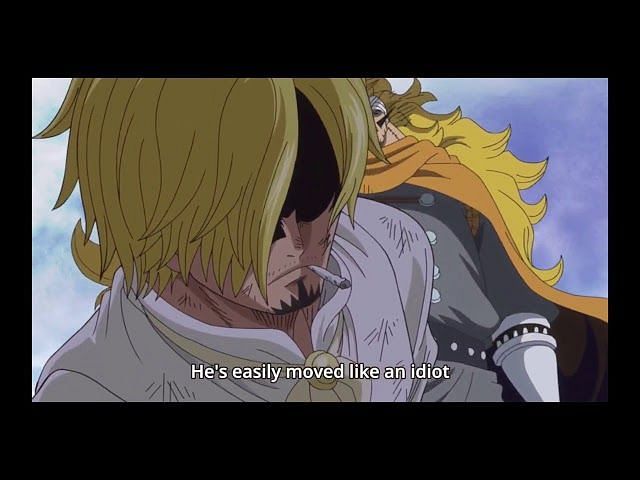 The leader of the Germa Kingdom is a real piece of work. He was a very abusive father who barely saw any use in Sanji. Judge forced him to go to Whole Cake Island to arrange a marriage with the Charlotte family, breaking up the Straw Hats in the process.

Of course, Judge was never meant to be Luffy’s fight in that arc. Instead, Sanji proved his worth by saving his entire family. During their escape from Big Mom, Luffy did mistake Judge’s insults as compliments for Sanji. That’s pretty much the extent of their interactions in One Piece.

Diamante was a major executive in the Donquixote Pirates. During the Dressrosa arc, he was responsible for hosting the tournament. The winner’s top prize was the Mera Mera no Mi, which belonged to Ace.

However, they would have to go through Diamante first. Naturally, Luffy competed in the tournament for his late brother’s sake. However, after the unexpected arrival of Sabo, Luffy turned his attention to Doflamingo. The Straw Hat knew that Sabo would get the job done.

Diamante ended up fighting Kyros and Rebecca instead, given their shared history with each other. 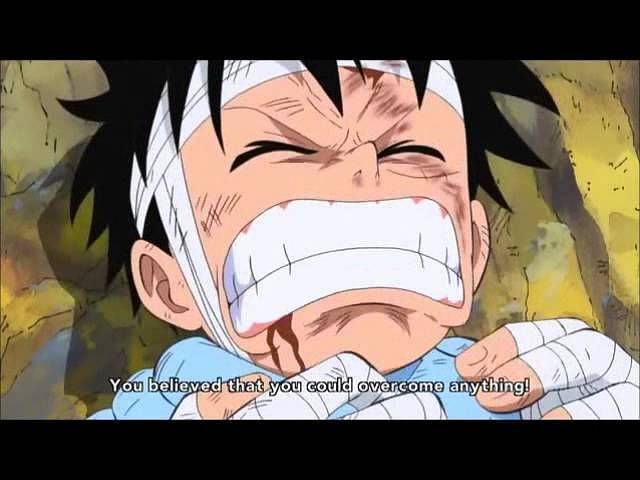 Right before the events of Impel Down, many One Piece fans believed that Jinbei would be a major antagonist. He sent Arlong out to the East Blue, a man directly responsible for Nami’s tragic backstory.

Surprisingly, he ended up becoming a major ally for the Straw Hat. Jinbei respected Luffy for breaking into Impel Down to save his brother Ace. The Fishman saved his life multiple times in Marineford.

Technically, Luffy and Jinbei did have a brief scuffle in Amazon Lily after they escaped. However, it wasn’t a fully fledged fight between them. Instead, Jinbei wanted to reason with his future captain. Luffy couldn’t protect Ace, but he could still protect his crew. 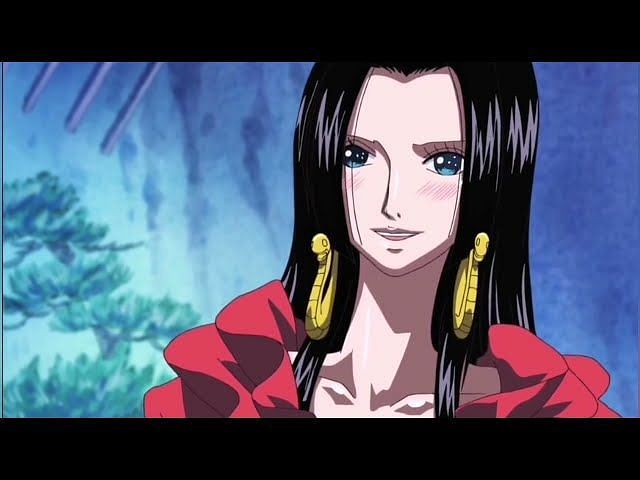 Hancock’s relationship with Luffy started off poorly in Amazon Lily. At one point, she even tried to have the Straw Hat executed. She held a deep hatred for men ever since her enslavement by World Nobles.

However, that all changed when Luffy was completely unaffected by her sensual charm. She ended up falling in love with him when she realized he wasn’t like the men she previously encountered. 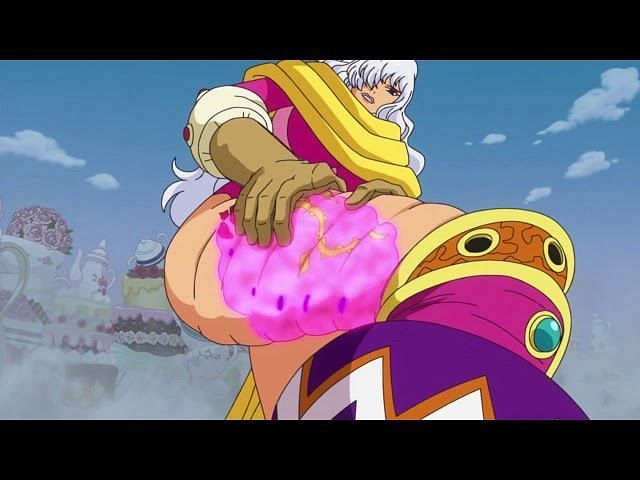 Luffy managed to fight two different Sweet Commanders in Whole Cake Island. They are the strongest fighters in Big Mom’s pirate crew, not counting the Emperor herself. It took several hours for Luffy to defeat Cracker and Katakuri.

However, at no point did Smoothie ever get an extended fight scene in the One Piece series. Instead, she was mainly relegated to background scenes doing nothing. She remains the only Sweet Commander to never fight Luffy. 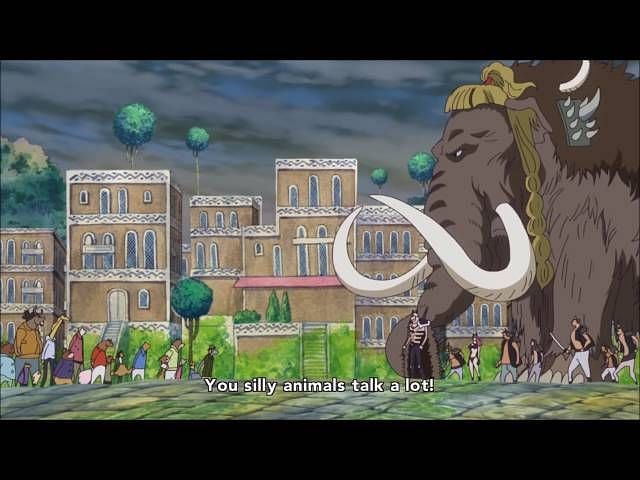 It seemed like the Zou arc would set up Jack the Drought as the main boss fight. During his search for the ninja Raizo, he nearly destroyed the entire Mink tribe. Luffy even made a bold claim that he would defeat Kaido’s commander. This became very personal for the Straw Hat.

However, this One Piece battle was skipped entirely. Zunesha easily demolished Jack’s entire fleet with a swing of his trunk. Luffy wouldn’t fight anyone with a billion belly bounty until Katakuri on Whole Cake Island.

3) Shiryu of the Rain

Shiryu used to be the Head Jailer of the Impel Down prison, alongside the formidable Magellan. However, he was imprisoned when he continued to abuse his privileges, such as killing random prisoners.

One Piece made it clear that he was extremely dangerous. Emporio Ivankov directly stated that if Shiryu was still active, Luffy would’ve never escaped.

Indeed, the Straw Hat struggled greatly with Magellan alone. The One Piece series would’ve been over if Shiryu was there with him. The swordsman is a merciless brute who enjoys cutting down enemies.

Weevil hasn’t done much in the One Piece series. The former Warlord spent his time chasing after former Whitebeard pirates in search of treasures. With a bounty of 480,000,000 bellies, Weevil is definitely a strong threat. Kizaru believed that Weevil’s power level was similar to a young Whitebeard.

Currently, the so-called son of Whitebeard is looking for Luffy. However, they just can’t seem to find each other. One Piece fans have no idea what could happen if they ever met. 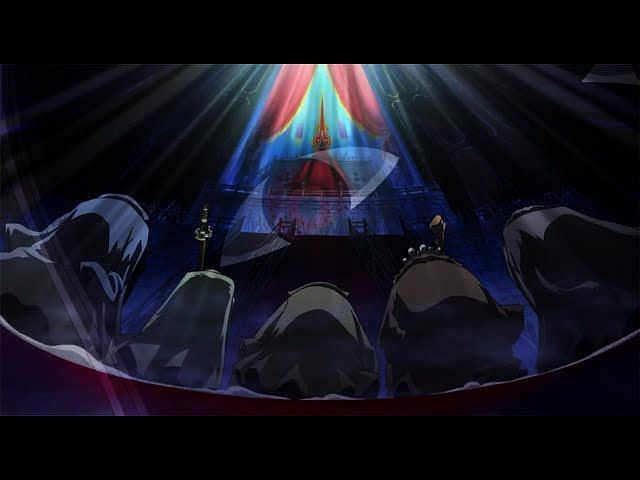 The Levely arc made the shocking revelation that Im was the true ruler of the world. This enigmatic figure has taken an invested interest in Luffy, along with the likes of Blackbeard, Shirahoshi, and Vivi.

It can be argued that Im is the true major antagonist of the One Piece series. Everything the World Government does can be traced back to Im. The Five Elders have to request permission if they want to wipe out certain figures from history.

Like the aforementioned Elders, Luffy is completely unaware of Im’s existence. Then again, most One Piece characters are left in the dark. Im is a highly secretive individual for unknown reasons.

FANS were left baffled as the Champions League final was further delayed by Camila Cabello's pre-match performance. The match was...
MMA