5 of Bill Belichick’s most questionable decisions as Patriots GM

Bill Belichick is one of the greatest head coaches of all time. He has won six Super Bowl rings – the most by a head coach in NFL history – and is also closing in on setting the record for career wins by a head coach.

In addition to serving as the head coach of the New England Patriots, he also serves as the team’s general manager.

Unfortunately for the Patriots, Bill Belichick hasn’t been quite as good a general manager as he is as head coach. While he almost always seems to make the right head coaching decisions on the field, he has made some questionable roster decisions over the years as the general manager. Here are five such examples.

JC Jackson has recorded 17 interceptions and defended 37 passes over the last two seasons combined, both of which are the most in the entire NFL. He is just 26 years old and is the premier man-coverage cornerback in the NFL, making him an extremely valuable asset.

Jackson entered the 2022 NFL offseason as an unrestricted free agent. Rather than lock him up with a brand new contract to remain with the Patriots, Bill Belichick decided to pass and Jackson joined the Los Angeles Chargers.

It’s hard to imagine that this will turn out to be the right decision when it plays itself out.

Bill Belichick moved up in the 2006 NFL Draft to select wide receiver Chad Jackson, who turned out to be a major bust. He lasted just two years with the Patriots before being cut, recording just 13 receptions for 152 yards. It was both a waste of a trade as well as a waste of a draft pick.

Entering their first season without Tom Brady in 20 years, the Patriots were in need of a new quarterback prior to the start of the 2020 NFL season.

Bill Belichick decided to sign Cam Newton, who had missed almost the entire 2019 NFL season due to injuries and hadn’t had a great statistical year since the 2015 season. 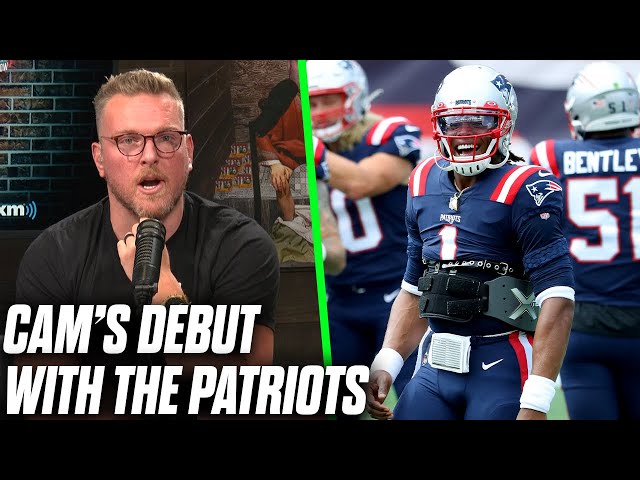 Belichick and the Patriots must have believed that they could help get Cam Newton back to a version of his old MVP form, but that’s not how things played out.

Newton posted a disappointing 7-8 record while throwing just eight touchdowns and 10 interceptions. The Patriots missed the playoffs for the first time since the 2008 season.

Bill Belichick selected wide receiver N’Keal Harry in the first round of the 2019 NFL Draft with the 32nd overall pick. He has recorded just 57 receptions for 598 yards and four touchdowns across his three years with the Patriots. He appears to be a huge bust.

Over the last few years, top WR picks have gotten smaller and faster. From 2019-2021, N’Keal Harry was the only WR weighing more than 210 to be drafted in the first round, and he was pick 32

Over the last few years, top WR picks have gotten smaller and faster. From 2019-2021, N’Keal Harry was the only WR weighing more than 210 to be drafted in the first round, and he was pick 32

While Belichick has made some questionable draft picks over the years, this one may be the worst of them all. What makes it particularly bad are the other wide receivers he passed on to select Harry. This includes Deebo Samuel, AJ Brown, DK Metcalf, Diontae Johnson, and Terry McLaurin, who all turned out to be stars.

Bill Belichick and Tom Brady couldn’t come to an agreement on a contract extension following the 2019 NFL season. Belichick ultimately decided to let Brady walk, and two years later it looked like a terrible decision. If Belichick thought Brady was on the verge of a decline, he was wrong.

Brady won the Super Bowl in his first season with the Tampa Bay Buccaneers. He followed that up by leading the entire NFL in passing yards and touchdowns in his second year. He has plenty left in the tank as he prepares for another year ahead of the 2022 NFL season.

Marsta will take on Botkyrka in the first semi-final of the ECS Sweden Stockholm T10 2022 at the Norsborg...
Basketball