Alexander Volkanovski and Israel Adesanya have found themselves in similar positions since they both captured UFC gold in 2019. Dominating their respective divisions, both seem to have the same problem, a shortage of opposition.

In an interview on Food Truck Diaries, Volkanovski commented on Adesanya’s position, sharing similar feelings about himself:

“That’s where I am at in my division. There’s so many guys that are just a fight away. They go out there and have a big win over a top guy everybody’s f****** raving on a bout it.”

Volkanovski is coming off an impressive TKO victory over ‘The Korean Zombie’ in the main event of UFC 273 and seems to have a bundle of options off the back end of his incredible performance.

Rumors of a mega-fight between the returning double champion Henry Cejudo and Volkanovski have been circulating ever since ‘Triple C’ decided to jump back into the USADA drug testing pool. However, it seems like a move up to lightweight is what the three-time defending featherweight champion seems to be leaning towards.

“The sky’s the limit, I look up and I’m expecting to do even bigger things” – Alexander Volkanovski on what it’s been like becoming a star

Before Alexander Volkanovski arrived, the thought of a dominant champion coming out of Australia was not one that necessarily existed. Now, after what he has achieved in the sport, for Volkanovski, his dreams no longer have a ceiling.

The UFC featherweight champion told Brenden Schaub in his latest episode of Food Truck Diaries what he expects in the future, saying:

“The Sky’s the limit, I look up and I’m expecting to do better things and it’s just just gonna roll on.”

Volkanovski’s last two outings have given the fans and critics everything they need to see. A champion with a well-rounded skillset along with an unlimited amount of heart is a recipe not many people have been able to figure out. 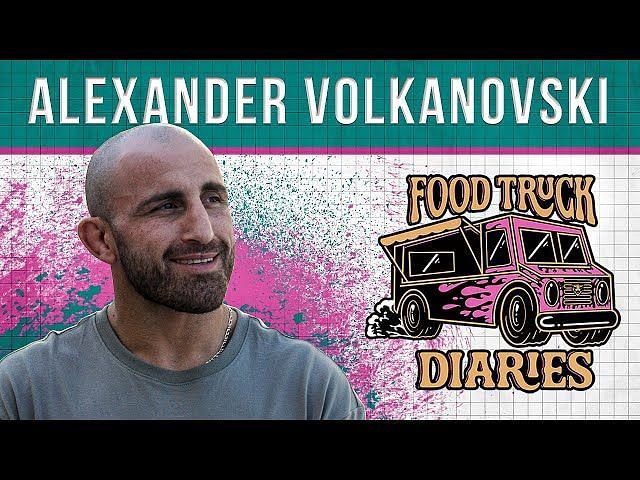