Tony Ferguson and Khabib Nurmagomedov have shared a contentious dynamic for quite some time. Khabib’s manager Ali Abdelaziz recently hit back at ‘El Cucuy’ for taking a shot at the Dagestani.

Ferguson recently took to Twitter to post a short video, throwing shade at ‘The Eagle’ and his weight-cutting issues. The video was a compilation of memes, morphed pictures from Khabib’s training sessions and more.

This prompted the Dominance MMA CEO to jump to the former UFC lightweight champion’s defense. He likened Ferguson to a ‘jealous ex-girlfriend’, seemingly scorning him for failing to move on from their beef:

“You so jealous like an old girlfriend she can get man.”

Khabib Nurmagomedov has frequently struggled to make weight for his lightweight bouts. He famously released footage in which he seemed overly sluggish and weak ahead of his UFC 254 clash against Justin Gaethje. He was seen sweating out the last few pounds on a stationary bike while wrapped in multiple layers. The video saw Khabib struggle to stand and walk as he was helped by his teammates.

Despite the adversity, Khabib went on to overcome the challenge presented by Justin Gaethje. He recorded a win with a second-round submission using a triangle choke.

UFC yet to confirm Tony Ferguson’s fight against Michael Chandler

While in conversation with Laura Sanko for ESPN+, Dana White revealed that the UFC was looking to set up a fight between top-ranked lightweights Michael Chandler and Tony Ferguson. However, they are yet to sign a contract for the same.

When asked whether the UFC had an opponent for Ferguson, here’s what Dana White had to say:

“We do. I’m not going to tell you but we’re looking into [Tony Ferguson] vs. [Michael Chandler]. There you go.” 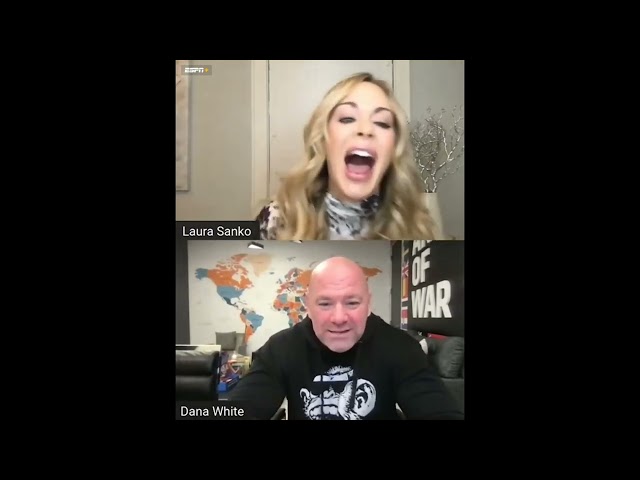 If the potential fight between Ferguson and Chandler materializes, ‘El Cucuy’ will hope to find his way back to winning ways. Ferguson is currently coming off a series of losses against Justin Gaethje, Charles Oliveira and Beneil Dariush.