Aljamain Sterling says he’s the heaviest he has ever been

Aljamain Sterling has experienced his biggest weight gain ever.

During the most recent edition of the Spinning Backfist podcast, the UFC bantamweight champion spoke about his current weight:

“Yeah, I’m a little hefty right now. This is a phase, ‘Chunk Master’ then we get back to the ‘Funk Master’ when we get that contract signed. So right now, I’m just hanging out, enjoying life, and taking it all in.”

Sterling says he’s the heaviest he has ever been:

‘Funk Master’ said that it was time to “cut back on the calories” and that he had indulged himself with New York pizza, Jamaican food, ice cream, and chocolate.

A few days ago, Sterling posted a video on Instagram where he can be seen standing on a scale that shows 176lbs.

Just over a week earlier, he had stepped on the scale at 134.5lbs at the UFC 273 weigh-ins. It looked like his celebration helped him gain 41.5 lbs in just a few days.

However, everything appears to be going according to his plan of cutting back the calories.

Two days after posting the weight-gain video, Sterling posted another one. This time, the scale at home showed 164lbs. That meant he lost 12lbs in two days.

Watch Aljamain Sterling talk about his recent weight gain at 0:39 of the video below:

Despite targeting the fight against T.J. Dillashaw, Aljamain Sterling doesn’t have many nice things to say about the former UFC bantamweight champion.

During his decade-long career, Dillashaw has only tested positive for banned substances once. However, Sterling believes that the former title holder used banned substances long before he popped for Erythropoietin (EPO) in 2019.

On the most recent edition of ESPN MMA’s DC & RC Show, Sterling revealed what he thought of Dillashaw’s career:

“The media brushed it under the rug and it’s there for anyone who wants to listen to it. So, you’re trying to tell me this is the only time he’s done it?… So, you can’t tell me anything that that guy has competed clean. His entire legacy to me is tainted.”

Watch Aljamain Sterling weigh in on T.J. Dillashaw’s legacy in 28:15 of the video below: 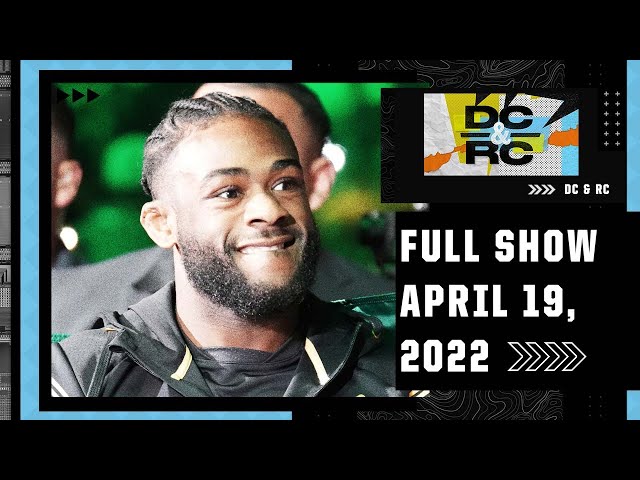