ARSENAL and Manchester United fans put their rivalry aside in the seventh minute of their Premier League clash to show support for Cristiano Ronaldo after the tragic death of his baby boy.

The two sides faced off on Saturday lunchtime, just six days after Ronaldo and his partner Georgina Rodriguez revealed the horrific news that their twin son had died during birth.

Ronaldo’s newborn daughter survived the birth, before the Portuguese forward was then understandably ruled out of the game against Liverpool on Tuesday night.

But upon his return to Man Utd’s starting line-up, Ronaldo was greeted with a warm welcome from Arsenal fans as both sets off fans stood to applaud in the seventh minute of the match.

It comes after Liverpool supporters chanted “You’ll Never Walk Alone” during the seventh minute of the match at Anfield. 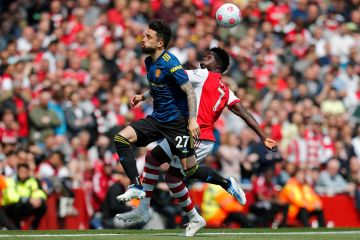 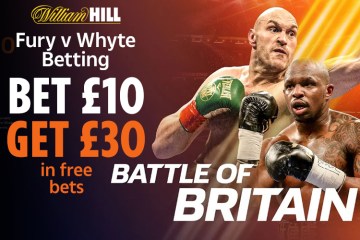 A statement from Ronaldo and Rodriguez released following the tragedy said: “It is the greatest pain that any parent can feel.

“Only the birth of our baby girl gives us the strength to live this moment with some hope and happiness.

“We would like to thank the doctors and nurses for all their expert care and support. We are all devastated at this loss and we kindly ask for privacy at this very difficult time.

“Our baby boy, you are our angel. We will always love you.”

On Thursday, Ronaldo then released another statement after his family returned home from hospital.

It read: “Home sweet home. Gio and our baby girl are finally together with us.

“We want to thank everyone for all the kind words and gestures.

“Your support is very important and we all felt the love and respect that you have for our family.

“Now it’s time to be grateful for the life that we’ve just welcomed into this world.”

MANCHESTER CITY’S title hero Ilkay Gundogan plans to hold talks over his future with the club this summer. The German...
MMA

Liverpool vs Real Madrid: Where to watch in India, USA and UK