The Brazilian defender has been tipped to depart Turin in the summer following a number of standout displays in Serie A.

Bremer has featured in 29 out of 31 Italian top-flight matches – chipping in with three goals.

And according to Gazzetta dello Sport via Sport Witness, ‘everyone wants to sign’ the 25-year-old.

It has been said that the Gunners and the Magpies are both keen on securing the services of the ex-Atletico Mineiro ace.

They even state that Torino’s fierce rivals Juventus are determined to nab Bremer, along with fellow Italian clubs Inter Milan and Napoli. 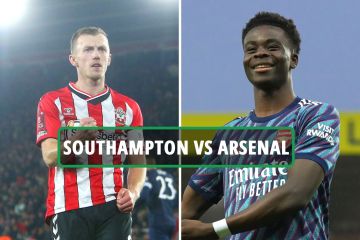 Torino are in no rush to part ways with Bremer with the defender still having two years left on his contract.

But Gazzetta claim that a fee of £41.5million could be enough to prise Bremer away from the Stadio Olimpico Grande Torino.

SunSport exclusively revealed in December how Chelsea were eyeing up a move to sign him.

But due to the uncertainty surrounding their ownership, a switch to Stamford Bridge is up in the air.

Liverpool and Manchester United are two other Premier League clubs that are believed to hold interest in Bremer.

It isn’t just Bremer that Arsenal, Newcastle and the Red Devils are fighting over.

Benfica striker Darwin Nunez has emerged as a target for all three teams who are desperate to bolster their attack.

And Newcastle appear to have jumped to the front of the queue after reportedly tabling a £50million opening offer.