The Arsenal chief, 39, hopes postponed top-tier fixtures can take place on the same rescheduled date with the FA in talks with clubs.

The Gunners’ home duel with Brighton on Friday kicks off the new WSL term with Eidevall’s side targeting a first title win since 2019.

The 7:30 pm Meadow Park fixture will be the first top-tier game held following the death of Queen Elizabeth II last Thursday at Balmoral

Matches were postponed last week in honour of the passing of the nation’s longest-serving monarch.

The clash comes eight days before Arsenal play Tottenham at the Emirates with a WSL record-breaking crowd expected with 40,000 tickets sold.

When asked how players will react to ramped-up interest in the league, Eidevall, said: “I’m sure players will respond in a way that will be excellent because the quality (of the game) on the pitch is there.

“We just need to make sure we find stadiums that allow more attendees to come in and watch.

“The problem will be where we see we have a very low number of medium-sized stadiums in the country, so you either have smaller stadiums or really big ones. 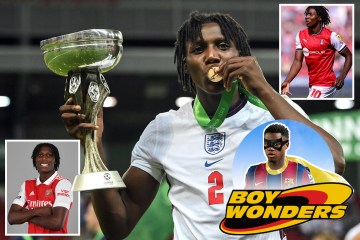 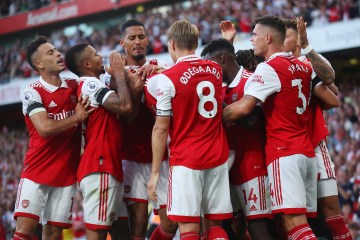 “Our postponed game against Manchester City is a perfect example of that.

“These are two good teams and with interest from the Euros, of course, that’s going to be a sell-out that at their Academy Stadium.

“The question is when so many more people want to watch the game, where do we play it so all those who want to come to a game and watch have access?”

Man City sold more than 6,000 tickets for their Sunday night home duel with Arsenal – one of six postponed WSL fixtures due to be rescheduled.

An FA spokesperson told SunSport: “Women’s Super League clubs have been given some flexibility to rearrange their postponed matches.

“This is to ensure they are able to find a date and time that overcomes the various challenges they have to navigate such as stadium availability.”

The FA says it is finalising dates with clubs with new timings to be announced in due course.

Eidevall added: “My opinion is that in the WSL, you would play all the postponed games from this round on the same date.

“That’s so you don’t create a league table where some teams have, for example, played ten (matches) and some teams have played 11 and they play on different sides of the transfer window.

“I don’t think anyone will take that into account.

“But for me when I look at trying to make it fair – and it’s really important the competition is fair to all teams – I would do it that way.” 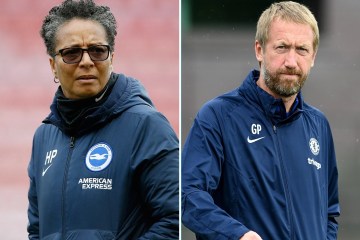 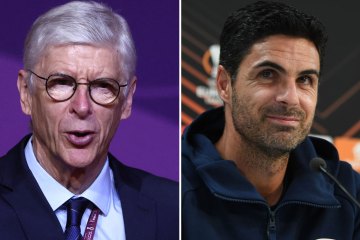 And the Gunners gaffer highlighted some of England’s Euros winning exploits involving Arsenal aces as examples.

Eidevall said: “With mental strength, it starts with believing because if you concede a goal, you will have different emotions going through your body and you can let those emotions take over and influence your actions.

“You can give up or think it’s going to be one of those days where we’re going to concede another goal. Or you can remember and say ‘now, wait a minute’.

“For example, the English players who went 1-0 down against Spain at (at the Euros), they have the memory now that says, ‘No, it doesn’t have to be that way’.

“It can be one of those days as well where we score in the 80th minute and then we get an overtime goal.

It’s about creating a product that means so much to people that they go and watch (a game) even if there’s a snowstorm.

“So of course, I think positive experiences help a lot in order to deal with adverse situations.”

Before games were postponed Albion boss Hope Powell talked of the need to prevent crowd numbers from dwindling during winter.

On avoiding attendance dips, Eidevall added: “In the end, it’s about creating a product that means so much to people that they go and watch (a game) even if there’s a snowstorm.

“You go and watch even when it’s not convenient because you care so much about the team.

“If I talk about Arsenal as a club (we’re) trying to work together with all departments so we can reach potential audiences and bring them to stadiums.

“But that’s not a quick fix, it’s about making that connection with people so they feel they have to go.”

AN Australian surfing star has died after he was...

ENGLAND are still one of the favourites to win...
NFTNews