ARSENAL took a swipe at Chelsea’s empty seats at Stamford Bridge before their derby as the hosts felt the pinch of their financial sanctions.

The Gunners and the Blues squared off in a crunch Premier League clash with major top-four implications – and the home end wasn’t at full capacity.

And the two sets of fans got at it as the teams warmed up on the pitch for the important match with some early banter.

Arsenal fans decided to poke fun on the home end’s empty seats claiming they are going back to the hapless times before outgoing owner Roman Abramovich took over.

But Chelsea supporters had some fun of their own as they reminded their London rivals they have never won a Champions League. 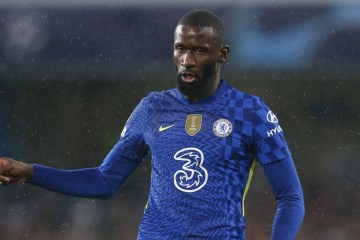 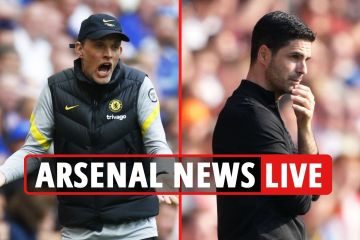 They chanted: “Champions of Europe, you’ll never sing that.”

And Arsenal responded with: “‘Where’s your money gone?”

Chelsea’s campaign has been thrown into disarray after Abramovich was slapped with sanctions by the UK government after Russia’s unjust invasion of Ukraine.

Stamford Bridge has 10,000 fewer Blues fans than normal as the hosts are prevented from selling home tickets.

As a result, only season ticket holders are able to support their team against the North Londoners.

And those that made it are enjoying quite a match as it is already 2-2 in the first half.