Mikel Arteta’s men are currently in the driving seat to finish in the fourth and final Champions League spot.

And a win would see Arsenal push seven points clear of Spurs, making them uncatchable with two games to go.

However, if Spurs pull off a win it’ll pile pressure on Arsenal who face will contest two tricky games against Newcastle and Everton.

Nonetheless, Arsenal icon Keown is backing his former side to seal Champions League qualification at the Tottenham Hotspur Stadium with a 2-1 win and is predicting there will be an unlikely hero. 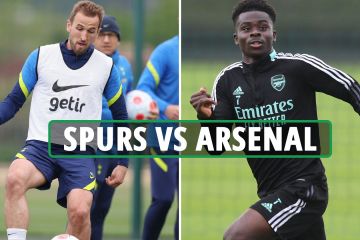 He told the Daily Mail: “Tottenham are dangerous and have become so much more difficult to beat under Conte.

“Their front three is different class, and I’ve been immensely impressed by their new signings, Kulusevski and Rodrigo Bentancur.

“But I believe this will finish 2-1 to Arsenal, with the confident Nketiah bagging the winner.”

Nketiah has nine goals to his name this term and four of those have come in his last four league outings.

The Englishman netted a brace in last month’s 4-2 win over Chelsea at Stamford Bridge.

And he hit two past Leeds at the weekend.

Firing Arsenal back to the Champions League could be the perfect parting gift should Nketiah leave at the end of the season.

The forward’s contract is due to expire and he is attracting interest from a number of clubs.

On the other hand, should Nketiah sink Tottenham, he could force Arteta and Arsenal’s hand to offer him better terms.

FORMER Middlesbrough hero David Shearer has died. The ex-striker passed...
- Advertisement -
- Advertisement -
Previous article“Always moving for someone else”
Next articleHow Tottenham and Arsenal lined up last time Gunners won away at rivals in Prem in 2014 including Podolski and Sandro
Sportsdark