ETHAN NWANERI is “something special” — according to his headteacher!

The Arsenal prodigy became the Premier League’s youngest- ever player, at 15 years and 181 days, when he came on in Sunday’s 3-0 win at Brentford. 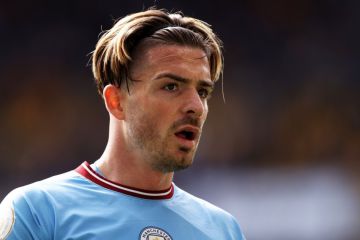 “The first time I saw him was at the school academy trial day and we had a football pitch that was full of academy players from football clubs.

“You’re looking for that talent that might just about stand out.

“But Ethan was head and shoulders above the other children, he was just passing them as if they weren’t there.

“We had to take him off because no other player could touch the ball and he got his full scholarship within eight minutes.

“I then texted someone with a lot of knowledge about football and said, ‘Do you know someone called Ethan Nwaneri?’

“And his simple text to me was, ‘Yes, he’s spectacular’.”

Do I look like an idiot? Google this drug, it stays in your body for months, says tearful Conor Benn after dope scandal

Premier League – bonus offer: Get 50% back as CASH on spread betting net losses up to £500 with Sporting Index