THE FA Cup holds a special place in the heart of Debbie Bampton, whose old club Arsenal play Chelsea in the contest semis later.

The retired Lioness is thought to be the first female player-manager to steer a team to a Women’s Premier League and FA Cup double.

Her successes highlighted in the book entitled ‘A History of the Women’s FA Cup Final’, include helping Arsenal to win the contest for the first time 29 years ago.

Renowned for her rampaging midfield play Bampton, was on the scoresheet that day, in April 1993 in Oxford.

The Gunners, managed by Vic Akers, dispatched the Doncaster (Rovers) Belles 3-0 in front of a 3,457 crowd.

Bampton, who lives in Eastbourne, said: “Arsenal are the team I’ve supported all my life so (the win) was pretty special. 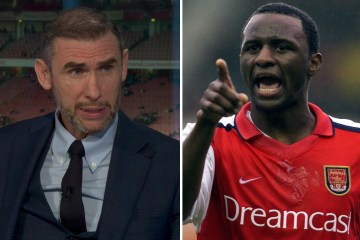 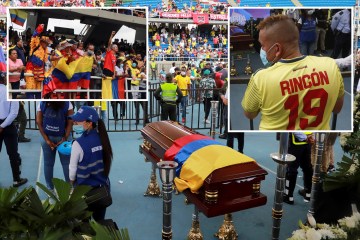 While Bampton, who now works for Royal Mail, enjoyed that moment, it is her first FA Cup win with Croydon of which she has the fondest memories.

In 1996 she played for and managed the side then skippered by Brighton boss Hope Powell, which beat Liverpool on penalties.

And the club also won the Women’s Premier League before going on to retain the title the following season.

Bampton added: “I had two seasons Arsenal and as much as I love them as a club, the love I had for Croydon was different. It was like a family.

“We had talents like Hope and Brenda Sempare – who was a brilliant player.

“We used to have nans and grandfathers come with us on the coaches to games and boyfriends and girlfriends too.

“I used to include them all, but that never took away from out professionalism.

“What we created there as double league champions was really, really special and something I will treasure as just as much as I do my first England cap.”

They face the formidable task of attempting to end Chelsea’s run with Emma Hayes’ team looking to dispatch the Gunners as they did in last year’s delayed cup final.

In Hayes, Bampton sees a head coach who shares same passion she has for the game.

Bampton said: “What I like about Emma (Hayes) is her pure passion for football. Her coaching abilities are second to none.

“You can see it when you watch her on the touchline.

“And I liked that went she was asked about the Wimbledon job she replied why would I (leave) when I’m managing Chelsea.

“Things like this show how far women’s football has progressed.”

The Women’s FA Cup and wider game has evolved since Bampton hung up her boots in 2000 after a career that her honoured in the National Football Museum’s Hall of Fame.

The former England captain added: “I can remember sitting at the airport 23 years ago when I stopped playing for England and I thought ‘we have got to be full-time to compete’.

“At the time Germany were probably 15 years ahead of us and we used to beat American sides and they caught up with us.

“As full-time players, our footballers can now compete with the very best.

“We took too long to progress, but now we seem to have caught up quite quickly.

“We’ve got to keep progressing. I believe we’re close to becoming European or world champions.”