The 54-year-old has taken up the role as he serves a two-and-a-half year term for hiding millions of pounds of assets from creditors.

He is one of two instructors teaching the ancient Greek philosophy — which encourages followers to live virtuously to help endure life’s misfortunes.

A source at HMP Huntercombe, near Henley- on-Thames, Oxon, said: “Boris has gone from mega-stardom to a bankrupt prison inmate in the space of a few years.

“It’s a remarkable fall from grace and he’s been forced to examine just about everything about himself.

“He’s the perfect person to teach this course. 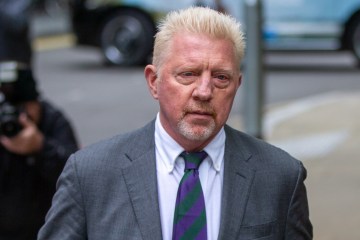 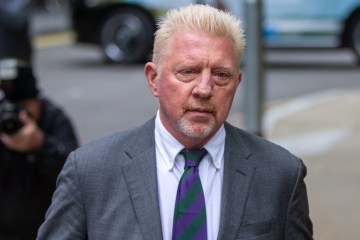 “There’s a running joke that he’ll be spouting Stoicism on I’m A Celebrity in a year or two.”

Becker, who won six Grand Slams in a glittering career, was jailed in April. He began teaching the course, unique to Huntercombe, earlier this year.

The German helps lead a group of about a dozen inmates, guiding them through worksheets.

The prison source said: “He’s a popular guy. People know he’s been through a lot.”

Stoicism was founded in Ancient Greek in the early 3rd century BC.

By the numbers: The 2022 year-end rankings

Why isn’t Rafael Nadal playing Nick Kyrgios in Wimbledon 2022 semi-final today and has another opponent stepped in?