Oleksandr Usyk has suffered a tremendous amount of weight loss due to the ongoing war in his home country.

The heavyweight champion enlisted in the military in late February alongside his friend Vasyl Lomachenko. As a result, his fight with Anthony Joshua was put in jeopardy. The two were originally expected to battle in the spring in a rematch of their September 2021 thriller that saw Usyk leave with gold.

However, in late March, Usyk was given clearance to leave the country to fight ‘AJ’. He soon departed the country soon thereafter, stating that he believes he can do better outside of Ukraine than in it.

Yekaterina revealed that the heavyweight champion underwent massive weight loss due to the war. She also noted how hard the time in Ukraine was on him.

“Oleksandr lost 10 kilograms in a week of the war. He was so horrified, in such shock, he was so torn apart… He saw what I was doing. I said, ‘Sasha, please, people are asking, we must speak, somehow support.’ But it’s very difficult for him. But he still goes on the air, he says something. His position is clear. He has always been for Ukraine, he has always glorified it and will glorify it, as long as his health and strength last.”

In Oleksandr Usyk’s first public interview since leaving Ukraine, he compared boxing to fighting in war.

The 35-year-old has been mostly quiet since leaving his country. However, ‘The Cat’ recently spoke to BlockAsset for a brief interview, where he discussed a wide variety of subjects.

The heavyweight champion was excited to discuss his upcoming bout with Anthony Joshua. However, he made sure to note that boxing and competing is nothing compared to what is happening in his home country.

Comparing boxing to the ongoing war, he said:

“Frankly speaking, all that is going on now in Ukraine is quite horrible. Every day I pray for the soonest possible end of this horror. In comparison with war, boxing is child’s play. War is a terrible thing, which I would not wish on my worst enemy.”

Catch the full interview below: 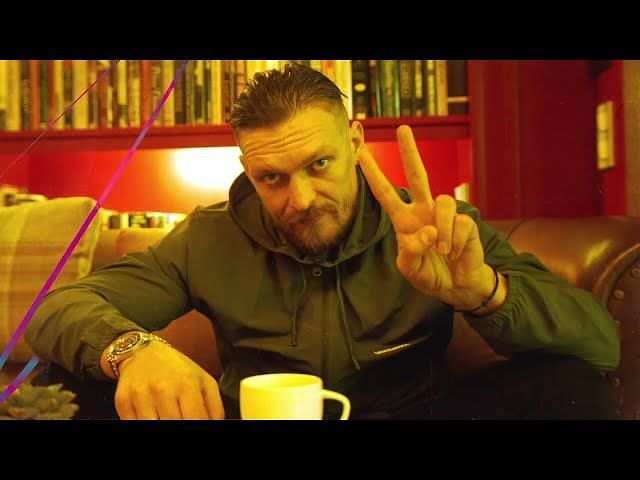 During a recent interaction with Khabib Nurmagomedov, Henry Cejudo spoke about when he met and took a picture with...
Football