That’s after his £100,000 supercar crashed before overturning and bursting into flames.

Walace, 27, has been with Italian giants Udinese since 2019 after spells in Germany with Hamburg and Hannover.

The five-time Brazil international has been one of their key players this term, lifting them to fourth in Serie A.

However, Walace almost became a cropper in the small hours of Tuesday morning while driving in west Udine.

The star was behind the wheel of his £100k Audi RS6 when he crashed into a central reservation. 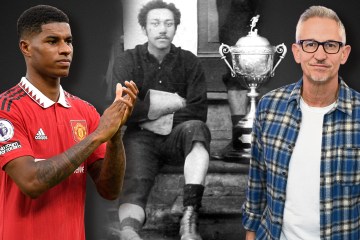 The car then overturned as it skidded along the road.

And it then burst into flames as Walace hauled himself from the wreckage.

Incredibly, the star escaped with NO injuries.

Nobody else was hurt in the crash as fire engines and an ambulance raced to the scene.

Walace was rushed to the emergency room where he was quickly given the all-clear.

And it’s now reckoned Walace has already been passed fit by medics for Udinese’s trip to Lazio on Sunday.

The playmaker will be hoping his terrifying experience doesn’t affect his performance too much.

Lazio have also had a cracking start to the new season and are level on points with Udinese.

But with 90 appearances and counting for his club, fans will be backing Walace to continue delivering the goods.

Why does Jude Bellingham wear the number 22 shirt for England and Borussia Dortmund?