Chael Sonnen seemingly believes that Dustin Poirier could be making a mistake by fighting Colby Covington at welterweight. Poirier recently responded to Covington’s incessant call-outs of him. ‘The Diamond’ noted that while he doesn’t want his former ATT (American Top Team) teammate financially benefitting from fighting him, he’d still fight him in a welterweight bout at UFC 277 on July 30th.

Apparently, this is because the other option that the UFC offered Poirier was a number-one contender’s fight at lightweight, albeit at the end of the year. Poirier wants to stay active and is willing to fight anyone, including Covington, in July.

Nevertheless, Sonnen alluded to the fact that Poirier has only competed at featherweight and lightweight. He opined that for Poirier, facing a top-tier welterweight like Covington in his 170 pound debut might be “a lot to bite off.” Sonnen stated:

“Now, the only idea that I don’t love for Poirier – and this is just personal – I don’t love the idea of Poirier versus Colby. I don’t; not for your first time.”

‘The Bad Guy’ proceeded to suggest that three years back, he’d have liked to see Poirier return to the featherweight division to fight UFC featherweight champion Alexander Volkanovski. Sonnen added:

“I’m not going to get my way. That isn’t going to happen, but I’m just suggesting for you – If I am personalizing and I wanted Poirier back down here, I can’t, in good conscience, move him up the other direction and then put him with the best guy in the world that isn’t named Kamaru Usman.”

Watch Sonnen present his case against a possible Dustin Poirier vs. Colby Covington matchup in the video below:

Neither Poirier nor Covington have their next fights scheduled as of yet. Regardless, MMA legend Daniel Cormier recently explained why Poirier should consider fighting ‘Chaos.’ On ESPN MMA’s DC & RC Show, Cormier opined that based on Poirier’s frame, he’d find tremendous success at welterweight.

Cormier also noted that since Usman’s likely to defend his title in August, Poirier fighting Covington in July makes sense. Additionally, noting that a win over ‘Chaos’ could make Poirier the number-one contender at welterweight, DC said:

“But yes, Dustin Poirier gets it done, [if] he can beat Colby Covington in his first fight at welterweight, he immediately becomes a challenger or a contender at a 170 pounds.” 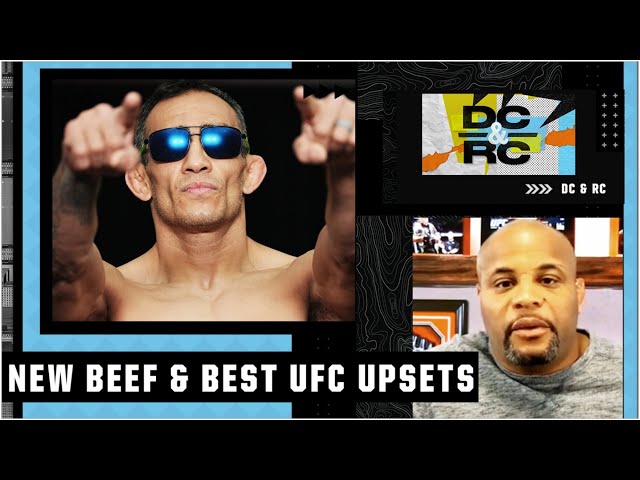 Previous articleTwitter thrilled as Frank Lampard’s Everton complete incredible comeback to avoid relegation from the Premier League
Next article“I’m sorry, I’ll admit it… I don’t have a hatred for him”