The Blues have won the race for Slonina, 18, who was also linked with Real Madrid and Wolves throughout the summer transfer window.

According to transfer expert Fabrizio Romano, the West Londoners have reached a $15million (£12m) deal with Chicago and the highly-rated keeper is expected to undergo a medical on Sunday in London.

However, the USA international will be sent back to the MLS outfit on loan and will complete the season in the US until January when he links up with Thomas Tuchel’s side.

“Talented GK and his agent will fly to London on Sunday to complete medical and sign. 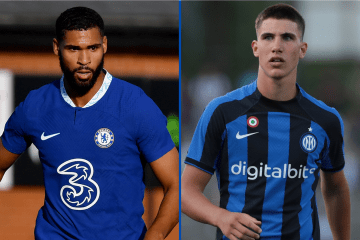 “Slonina will finish the season with Chicago before joining Chelsea on January 1.”

The Premier League giants are making way for the young keeper as Kepa Arrizabalaga is close to a loan move to Napoli.

That could see Marcus Bettinelli getting promoted as Edouard Mendy’s back-up between the sticks.

Slonina has impressed at Chicago ever since his debut last year as he has amassed a total of 34 appearances across all competitions.

The 18-year-old already has 10 clean sheets under his belt this season and is chasing the MLS record of 17 with 11 more games to go.