Earlier this month, Manchester United were linked with a move for the Dutch defender.

The 21-year-old has been impressing for the Bundesliga outfit since departing Celtic in January 2021.

He has already racked up 64 appearances for the German side, contributing seven goals and 12 assists.

According to Football Transfers, his performances have now caught the attention of another Premier League giant in Chelsea.

And they are set to fight it out with Man Utd for his signature in January. 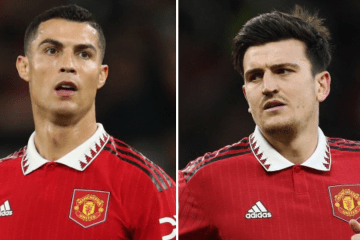 Frimpong is currently fully focused on making the Netherlands squad for the World Cup.

He is yet to receive a cap for the national team, but has made four appearances for the U21s.

Then after Qatar, the door could be open for him to return to Britain – just two years after leaving Celtic.

Leverkusen have suffered a nightmare start to the season, currently sitting 16th in the Bundesliga.

They have won just two of their 12 league matches and are in danger of a relegation battle.

And things have not gone any better for them in Europe as they sit bottom of their Champions League group with just one win from five matches.

Qualification for the last 16 is now out of reach with Club Bruges and Porto having already qualified.

But they could still leapfrog Atletico Madrid to secure a spot in the Europa League play-off round.

The board recently changed managers as Gerardo Seoane was sacked and replaced by ex-Liverpool, Real Madrid and Bayern Munich midfielder Xabi Alonso.