Ciara and Russell Wilson aim to keep their children modest

Ciara and Russell Wilson have been going strong since 2015. The newest cover model for Sports Illustrated’s Swimsuit Issue and the Denver Broncos’ new quarterback are a power couple across sports and entertainment industries.

Since being traded from the Seattle Seahawks to the Denver Broncos, the couple has remained busy maintaining a family, including two children and a son from Ciara’s previous relationship with rapper Future.

Ciara remembers when she first met Russell Wilson and shares how they strive to raise their children as a family in the public eye #SISwim22 https://t.co/XUvXnQ1W0E

In a recent interview for her work on the SI Swimsuit Issue, Ciara opened up on the subject of raising children with Wilson:

“We’re pretty in line, which I think is important. He and I share the same vision for our babies, which I think makes the world of a difference, that we’re on the same page.”

The singer also discussed her and Wilson’s ideal process for raising children who have celebrity parents:

“It’s important that our kids—you know, they have way more access than we had growing up—so we want to make sure we keep them humble in the process to make sure they do things like having to pick up after themselves and knowing that life isn’t going to be handed to you.” 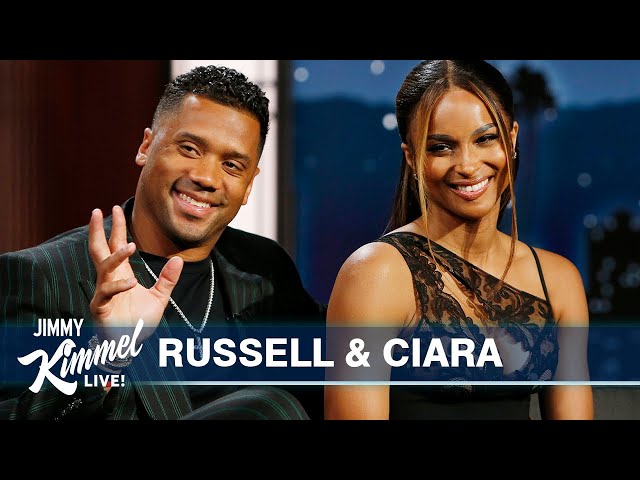 Ever since being drafted in the third round of the 2012 NFL Draft with the 75th overall pick, Russell Wilson had been the mainstay at quarterback for the Seattle Seahawks. Guiding them to back-to-back Super Bowl appearances, Wilson immediately found success, winning his first Super Bowl in his second year in the league in 2014.

However, since the 2015 Super Bowl loss to the New England Patriots, Wilson and the Seahawks have not returned to the big game. Subsequently, after 10 seasons with the franchise, the two parted ways when the Seahawks traded the signal-caller to the Denver Broncos.

“Momma! We made it!” 🤪 You are not only the most beautiful woman in the world, but your heart, your kindness, your love for others, your ability to make the world dance, your a big time CEO, an incredible wife and mother! You Inspire me! Congrats Cover Girl! @Ciara

“Momma! We made it!” 😂😎🤪 You are not only the most beautiful woman in the world, but your heart, your kindness, your love for others, your ability to make the world dance, your a big time CEO, an incredible wife and mother! You Inspire me! Congrats Cover Girl! @Ciara https://t.co/Q5xLTX8V4K

With the Broncos, Wilson will no longer be throwing the pigskin to DK Metcalf and Tyler Lockett. Instead, he will have new talented receivers in Courtland Sutton and Jerry Jeudy. Additionally, the Broncos boast a pair of productive running backs in Javonte Williams and Melvin Gordon.

Russell Wilson and Ciara will begin a new life in the Denver area, where Wilson hopes to return to the familiarity of a deep playoff run and a Super Bowl appearance.