DANIEL STURRIDGE is set to be released by Aussie side Perth Glory.

Former Liverpool striker Sturridge joined the A-League outfit to much fanfare last October following a spell with Turkish side Trabzonspor.

Despite high hopes, however, the former England ace has struggled with fitness concerns.

Sturridge, 32, has managed just five appearances for his new side this term – and has failed to net a single goal amid the Western Australia side’s slump to the bottom of the table.

Perth Glory chief executive Tony Pignata has revealed that they don’t intend to offer the 26-cap international a new deal.

The 57-year-old said: “It has been disappointing. We had high hopes when we signed Daniel, but it hasn’t worked. 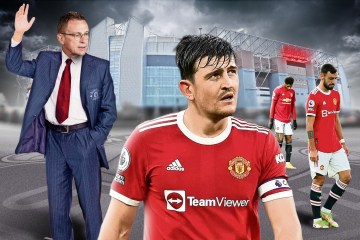 “From a marketing view, in our first game we had an 18,000 crowd on the back of him arriving and the hype.

“Unfortunately he got injured against Macarthur. He is training, and there’s the potential he could play some minutes this week and finish off the season.

“Next year? I doubt that we’ll offer him another contract.

“But we’ll sit down at the end of the season to discuss. Daniel’s disappointed like we all are in terms of what’s happened.

“We’re supporting him. The physios are working hard to get him back, and hopefully he can play some minutes and finish the season off.”

He also won the Premier League and two FA Cups with the Blues, and spent six seasons at Anfield – scoring 67 goals in 160 games.

The Birmingham-born frontman had further spells on loan to Bolton and West Brom, having started his career at Manchester City.

Sturridge began his spell Down Under by advertising for a new barber, and he subsequently missed games due to cramping following such long flights across Australia.