And De Gea admitted he was very close to moving in a £9million deal.

He told BT Sport: “I was in Atletico and it was the same season I made my debut and I was like the third keeper and not even count for the team much, just training. Nothing else.

De Gea decided not to join the Latics as although he was keen on proving himself in the Premeir League, his goal was to replace Edwin van der Saar between the sticks. 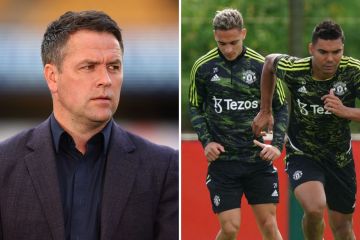 The shot-stopper fulfilled that ambition and has since made 494 appearances for the Red Devils, so he made the right decision as a youngster.

Explaining his thinking in rejecting Wigan in 2010, De Gea said: “I was about to go to Wigan but wanted to stay at Atletico and take my opportunity another time.

“The Premier League would be enjoyable and is an option I would like a bit later in life. “Now is not the time to move. For me, Van der Sar has been one of the best in the world.”

There was speculation in the summer that De Gea was set to lose his place in the team with Erik ten Hag targeting Yann Sommer and Kevin Trapp.

De Gea did himself no favours with a wretched display in the defeat to Brentford where he was at fault for two goals in the 4-0 mauling.

But the keeper has been crucial to United in recent years and his performances have been rewarded with the club’s player of the season award on four occasions.

UAE vs Bangladesh Prediction- Who Will Win Today’s Match Between UAE And BAN, Bangladesh Tour of United Arab Emirates, 2022

Bangladesh faces UAE in a two-match T20I series as...

Bangladesh tour UAE for two T20Is as they look...
NFTNews