Gibson dropped the action that held up Derby’s bid to exit administration.

In return he has arranged compensation — believed to be in the range of £3million.

But the sum will only be paid once Morris comes into the money from Derby’s ground.

On Derby’s takeover by preferred bidder Chris Kirchner, the American businessman has secured a further extension. 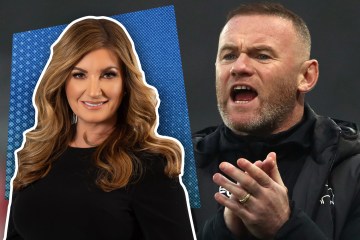 Kirchner was given until midnight on Saturday to complete a deal, but he has now received another extension due to hurdles in the takeover process, Derby North MP Amanda Solloway.

Solloway tweeted: “With the deadline for @cskirchner’s takeover of @dcfcofficial being extended until Monday.

“I wanted to reassure you that I am still having regular contact with the Administartors, Chris and Team Derby to keep updated on the situation and assist the completion of a takeover.”

Kirchner has also provided an update on the takeover.

He tweeted: “I’ve been getting a lot of messages, so I want to clear a few things up. One – My primary job is my software company.

“I was in Bangkok as part of my job running that company. That will not change any time soon.

“Two – I’ve said there will be updates as things happen that are worth updating… this stuff takes time.

“This is a complex transaction (very complex to most football transactions) so for every step there are a lot of document changes and legal cycles that have to go through every party’s lawyers. That’s a lot.

“Three – Most of what I’ll do in owning this club will be done from afar. I’m not planning on moving to Derby any time soon.

“Four – The club isn’t out of money yet and we will be done before it is.

“Five – All is almost complete. We’ve extended to Monday so we can finish the last piece and they’ve agreed to let us.

“I won’t have other updates this weekend, but will have a conclusion to the process on Monday that I’ll share with all of you.”

‘These are the questions you ask?’