Deshaun Watson did a fantastic job this offseason. He was able to dictate where he went in his trade as he took his time considering his options. Just when he eliminated the Cleveland Browns from the equation, they came back and offered him a fully-guaranteed five-year, $230 million contract.

They even set up his contract so that he won’t lose much salary if he is suspended for any amount of time during the 2022 season. It was a hell of a deal and it’s no surprise that he took it.

The question remains as to whether he can be the franchise quarterback the Browns have been searching for since the days of Bernie Kosar. Looking at his contract, Cleveland think he can be. Recent history shows that anyone trying to succeed with the Browns in the post-1999 era falters at some point.

The organization is known for pulling the plug early and now has a reputation for moving on before individuals can settle in.

Everything is different this time because of this contract. Watson, through the power of negotiation, has largely removed such pressure during his time in Cleveland.

Deshaun Watson is getting paid no matter what

This effectively removes any chance of the Browns moving on if his performance declines, if he suffers an injury or if he has further legal troubles. Now that the contract has been signed, the franchise must legally uphold their side of the deal. The only way that changes is if he gets an indefinite suspension from the NFL. Yet that appears highly unlikely at the moment. 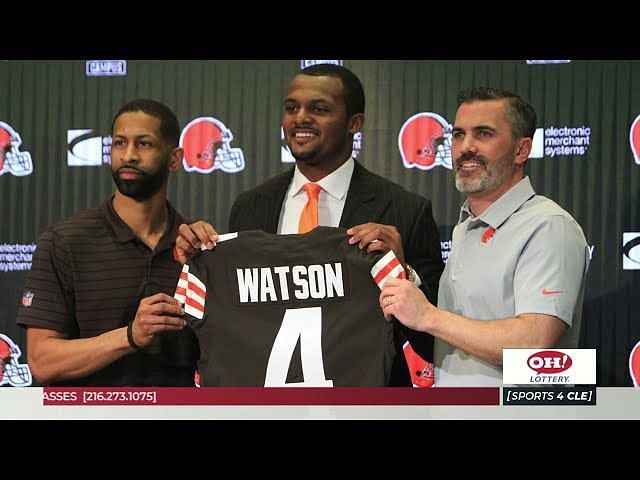 Money is not all that motivates a player. His goal is to turn the franchise around and be the savior of the city. Winning a Super Bowl for the Browns would cement his place in franchise history and he would become a legend in Northeast Ohio.

The Browns took a major gamble with this contract and may have angered the rest of the NFL in the process. They have turned over the negotiation tale and now star players can make incredible demands in contract negotiations.

If it leads to a Super Bowl victory, it will be worth it. If not, Cleveland may have lumbered themselves with an expensive mistake.

Q. Will Watson win a Super Bowl with the Browns?