DIDIER DROGBA’s hopes of becoming the new head of Ivory Coast football look set to be dashed on Saturday – despite widespread backing by fans.

Chelsea legend Drogba is one of three candidates for the Presidency of the Ivorian Football Federation – FIF – in elections that have been delayed for two YEARS.

But while Drogba has the support of the African confederation Caf, as well as influential backing from Fifa’s high command and fan groups, he is the outsider in today’s vote.

Drogba was criticised by his two rivals, Sory Diabate and Idriss Diallo, for missing a final televised debate on Wednesday.

Both Diabate and Diallo are current FIF executives.

Drogba, who has an ambitious programme for the development of the game in his homeland, has received backing from fans and the likes of Yaya Toure. 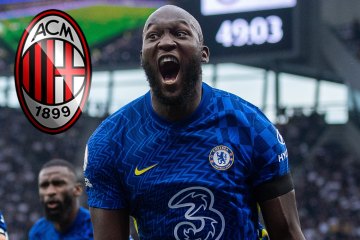 But with the election decided by the votes of 76 clubs and five “interest groups”, it seems that the delegates are preparing to ignore the popular will of supporters and back one of the in-house candidates.

Drogba retired from his playing career in 2018 at the age of 40.

This included over 100 games for the Ivory Coast national side and 65 goals.

He famously scored the winning penalty in the 2012 Champions League final.

It was a glittering 20-year career which took in six different countries and 18 major trophies.

Liverpool left-back Andy Robertson has admitted that they could have played better in their Champions League final loss to...
Football

How to kill Lanzo Baumann