‘Don’t care if he doesn’t love me’

THOMAS TUCHEL has insisted he is not concerned if his players’ fathers don’t love him, as he hit back at comments from Christian Pulisic’s dad.

The Chelsea boss fielded questions over the American after his father spoke out over his “sad situation”.

In a now-deleted tweet, Pulisic’s dad appeared to cast doubt over his son’s future at Stamford Bridge, writing: “The sad thing is he loves the club, team-mates, and London.

“[Pulisic] puts his heart and soul into being a pro.

“Onwards and upwards my boy… big six months ahead.”

The Blues manager has insisted the critical comments do not affect him as he pulled cold water over the row. 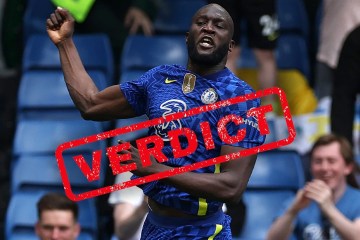 Speaking earlier this week, Tuchel said: “I am not concerned if the player’s father says he does not love me [on Twitter].

“It’s a normal thing [for a player to be frustrated]. We have our reasons to go for players in the first XI.

“You will never see happy faces from players who are not selected. With me and Christian, there is zero problem.

“In some matches he has a huge impact from the bench. I didn’t even know [about his dad’s tweet]. It has nothing to do with it.

“The reaction from Christian has been the opposite, he’s very strong, very positive in the last weeks.”

Pulisic has struggled for game time in recent weeks – but played all 90 minutes in Saturday afternoon’s 2-2 draw with Wolves.

He also assisted Lukaku’s goal in an encouraging performance for the forward.

Before being selected on Saturday, Pulisic had only featured for 22 minutes in the loss to Everton, 19 against Manchester United in the game before that, and just 14 against West Ham before that – a game in which he hit the winning goal.

In total, he has completed 90 minutes on just nine occasions this season.