ENGLAND and Wales fans will not be able to drink during World Cup games in Qatar this winter.

Fifa chiefs have agreed with the Muslim host nation that bars at stadiums will be shut between kick-off and the final whistle.

But fans will be able to buy beer, wine and spirits before and after matches when they get to the grounds.

A World Cup source said: “At stadiums, the plans are still being finalised, but the current discussion is to allow fans to have beer upon arrival and when leaving the stadium, but beer won’t be served during the match or inside the stadium bowl.”

Formal confirmation of drinking rules will come before the tournament, which starts in Doha on November 21.

International hotels will serve alcohol as will the official Fifa fan zone in Al Bidda Park in the centre of the capital city, although bars will have restricted hours. 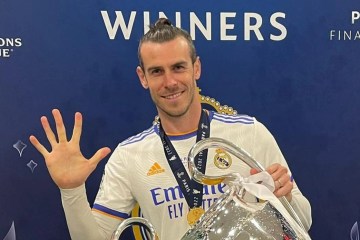 Qatari police are expected to crack down on public drunkenness even in the fan zones while no drinking will be allowed outside the strictly-enforced areas.

But in addition to the fan zone, there will also be a drinking area at the Doha Golf Club, able to house up to 20,000 supporters, while there will be another dance and drink venue in the city.

The restrictions will not too much of a shock for British fans, with drinking alcohol in sight of the pitch still banned, although bars are open at half-time.

At the 2018 World Cup in Russia, the only beer available at stadiums – apart from in the hospitality areas where a full bar service was available – was alcohol-free.

It comes as tournament bosses discuss changing the format of the 2026 event — including DOUBLING the number of matches for the expanded 48-team set-up.

If agreed, that plan would meaning the World Cup winners playing EIGHT games.

The amendments are being assessed because organisers worry that the plan for 16 groups of three teams could see unofficial deals struck in the last match to ensure both sides go through.

Previous article‘The SmackDown king’ – WWE fans rejoice as ex-NFL star Pat McAfee pens deal to keep him in wrestling for ‘years to come’
Next articleCan Taylor Fritz be reinstated to the Wimbledon final now Rafael Nadal is INJURED, or will Nick Kyrgios get a WALKOVER?

LEWIS HAMILTON has bravely opened up over a disgusting...

RACING has been plunged into mourning after a jockey...

CONOR McGREGOR had fans all saying the same thing...
NFTNews