ENGLAND return to centre stage TONIGHT in a mouth-watering clash with the Norwegians at the Amex Stadium.

Beth Mead’s sensational first-half lob turned out to be the difference maker in the Lionesses opening group game against Austria.

A strike which sent the 68,000 fans at Old Trafford into a frenzy as fans joked that they haven’t heard Manchester United’s stadium that loud in ages.

However, Norway stormed to a convincing 4-1 win against the Northern Ireland the very same day.

But something has to give as both nations go into this fixture on a superb run of form.

What time does England vs Norway kick off? 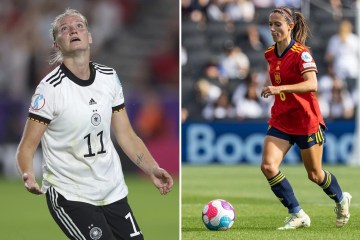 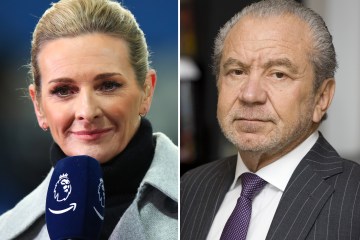 What TV channel is England vs Norway on and can I live stream it?

Can I watch England vs Norway on BBC for FREE?

Yes – BBC is FREE for ALL citizens of the UK who have a valid TV license.

England boss Sarina Wiegman will be delighted that her side managed to secure three points without gaining any injuries.

But Lionesses reporter Lynsey Hooper believes that Wiegman will switch up the formation and promote skipper Leah Williamson to a new role.

Hooper said: “I suspect Sarina Wiegman will return to a back four, knowing the attacking threat Norway posses, so we could see the return of Alex Greenwood alongside Millie Bright at centre-back.

“This in turn would push captain Leah Williamson into a midfield role.”

Hooper also mentioned that Wiegman may opt to drop Fran Kirby to the bench due to her fatigue issues.

Elsewhere, Norway also have a full strength side and Even Pellerud expected to field the same team who pummelled Northern Ireland on Match day one.

MANCHESTER UNITED are reportedly making a move to sign...

GARETH BALE rolled back the years with a fantastic...

CHELSEA will reportedly find out this week if they...

LUCAS TORREIRA has finally ended his Arsenal nightmare after...
NFTNews