Gareth Southgate’s side round off their World Cup preparations by hosting the old enemy Germany at Wembley.

And Davis will be in the stands cheering on the Three Lions.

According to the Daily Mail, the 60-year-old has been invited by the Football Association.

The report claims her attendance is part of a plan from the governing body to host a table of black trailblazers in recognition of Black History Month in October.

Davis made her international debut in 1982 and would go on to play for 16 years. 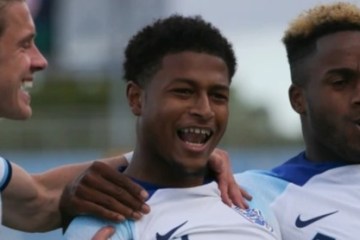 In total, the ex-forward won 82 caps and scored an impressive 44 goals.

Davis was born in Stoke-on-Trent, but born to a Jamaican father and English mother.

Odeje will also be in attendance at Wembley, while the other two will be represented by family members.

England’s clash with the Germans is their final game before heading to Qatar in mid-November.

Europa League – Man Utd vs Omonia: Get Cristiano Ronaldo to score first and United to win 3-0 at boosted 22/1