The club lost four in five away games in the strip during the 1995-96 Premier League season.

Manager Sir Alex Ferguson said his stars “couldn’t pick each other out” as the grey blended in with the crowd.

He ditched it for blue and white at Southampton at half-time with his side 3-0 down. They lost 3-1 but won the league.

Cantona’s XXL-sized Umbro shirt, with his name and number seven on the back, is to be sold by Graham Budd Auctions in London.

Boss Adam Gascoigne said: “The ‘invisible’ shirts are one of the great stories of Premier League history.” 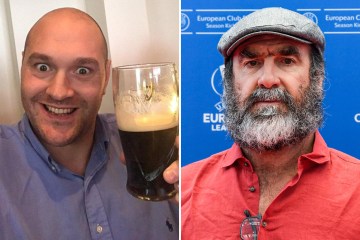 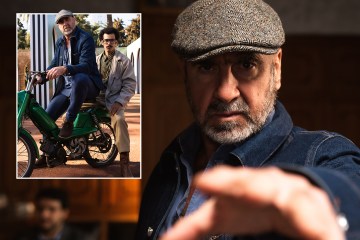 Until now the shirt has been owned by an overseas private collector of Manchester United memorabilia.

It forms part of a sale that celebrates 30 years of the Premier League.

Mr Gascoigne added: “A sale commemorating 30 years of the Premier league wouldn’t be complete without something from Eric Cantona.”