KSI looked in good form, but fans weren’t so sure about his opponent.

Mexican Pineda is a professional in the boxing ranks with two wins from seven bouts to his name.

But he looked skinny, weak and spent his whole night complaining.

Pineda, 23, was scared to throw a punch and seemed to hit the deck every time KSI landed. 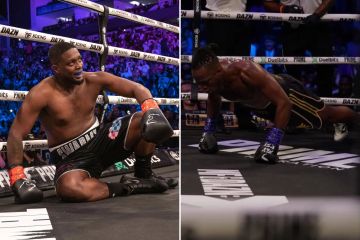 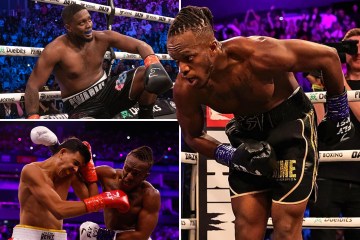 The Mexican boxer also complained he was being hit in the back of the head on multiple occasions.

He was booed by the O2 Arena crowd for his weak display in a third round knockout.

And fans back home watching on pay-per-view were far from impressed.

One said: “Pineda is embarrassing, KSI didn’t touch the back of his head once.”

Another wrote: “Luis Alcarez Pineda is complaining to the referee every time KSI punches him.”

And another tweet read: “If Pineda is a pro boxer, I’m the next f***ing Muhammad Ali.”

KSI won two bouts in one night on a unique fight card.

He opened the night by knocking out Swarmz in the second round.

And he closed the show by dominating Pineda at The O2.