FERRARI are reportedly looking to add two major upgrades to their car as they bid to stop Max Verstappen cruising to the world title.

The Dutchman has an enormous 116 point lead in the Driver’s Championship and it now looks inevitable he will claim a consecutive F1 crown.

He has won the last five races and pulled away from a floundering Ferrari who have been plagued by mechanical issues and strategic mistakes.

But the famous Italian team are still fighting for every point and will be hoping to at least delay Verstappen’s coronation.

The 24-year-old can win the championship as soon as the next race in Singapore if results fall in his favour.

But Motorsport report Ferrari are set to bring upgrades to their car to give themselves a lift. 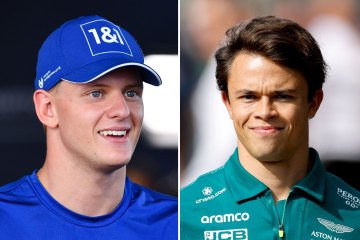 The racing site says improvements will be made to the floor and the wings ahead of the Singapore Grand Prix.

Both elements are crucial parts of an F1 car as Ferrari plot to gain ground on Red Bull before the end of the season.

Chiefs at the team see the race as a “great opportunity” to end Verstappen’s winning streak as the sport returns to the Marina Bay circuit for the first time since 2019.

Motorsport say there could be a further update to come later in the season from Ferrari with Mexico earmarked as the venue where more parts could be brought in.

While much of the team’s attention has turned to the 2023 cars, the Prancing Horse are still hopeful of being competitive over the remainder of this season.

Charles Leclerc won two of the first three races this season but Red Bull have pulled ahead of their rivals and proven increasingly difficult to get close to over a full race distance.

But qualifying has remained a positive for Ferrari with the team landing pole in over half of the races this season.

AN Australian surfing star has died after he was...
NFTNews