Flamengo beat Athletico Paranaense to win the Copa Libertadores, but Brazil’s teams are too rich for the competition

This domination is, of course, good news for Brazil. But it is bad news for the competition. The big Brazilian teams now have a financial advantage so big that it has become all but impossible for the rest of the continent to compete.

Brazil’s championship might be trying to brand itself as the Premier League of South America – a comparison that will make even more sense if the clubs are able to break away from the local FA and organise their own competition. But there is a key difference.

The big Premier League clubs do not have it all their own way in the fight for continental superiority. They are pushed all the way by giant outfits from Spain, Germany, France, Italy, and so on.

But in South America trying to fight on even terms is hard for even teams with the tradition of River Plate and Boca Juniors. And the trend is probably for the gap between Brazil and the rest to grow.

There are two reasons for this. The first has everything to do with size. Effectively Brazil is half of South America, and its big clubs can count their supporters in the tens of millions. The big clubs have learned how to make money from the size of their fan base. 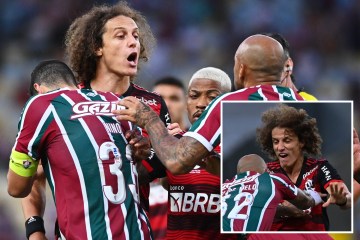 And while the Brazilian league has become stronger, the continent’s other championships have moved in the opposite direction. Much of this has to do with the rise of Major League Soccer in the United States.

The MLS clubs have developed an excellent scouting network, and are snapping up plenty of players from South America. So far, there have not been many from Brazil. The high price tag is an impediment.

But elsewhere, with lower transfer fees, they are doing plenty of shopping, and the championships of Argentina, Colombia and so on are feeling the consequences.

What, then, is the future for the Copa Libertadores? The competition will surely lose some of its charm if it can be little more than a duplication of the domestic Brazilian Cup.

But there might be a solution – although its boundaries lie outside South America. The future might well belong to a tournament that unites South, Central and North America, one featuring the best teams from the South, plus giants of Mexico and clubs from the MLS.

The advantages are obvious. Football in the USA has momentum but still faces a credibility problem, based on a lack of tradition. The South Americans have tradition to burn.

And in the middle is Mexico, a country with a large population where the clubs are also resource rich.

There are problems, of course. The main one is distance. The Americas are huge. Journeys would be epic. Attempts six years ago to set up a Pan-American tournament foundered on this issue.

But the idea will surely return. It is too seductive to be forgotten. And a union of the Americas might be strong enough to rival Europe’s domination of global club football.

Horse racing tips: This 14-1 shot can spring a major shock against the horse everyone is backing at Doncaster