ONE of the greatest fighters in boxing history is in action this weekend as Floyd Mayweather faces YouTuber Deji.

The 50-0 retired boxer will return to the ring on Sunday, November 13 as he participates in an exhibition bout.

His opponent, Deji, also known as Tank, won his first professional fight as he beat fellow YouTuber Fousey earlier in the year.

And now he has been handed the opportunity to show his skills against Money this week. 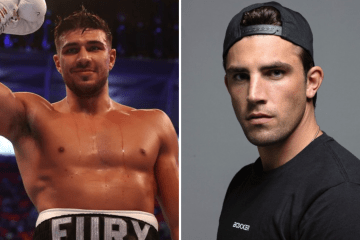 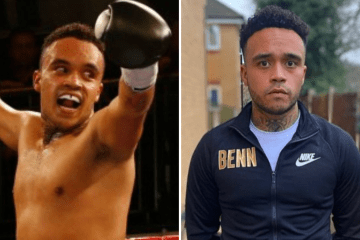 How to watch Mayweather vs Deji?

Where and when is Mayweather vs Deji?

The clash will take place TONIGHT – Sunday, November 13 in Dubai.

The Coca-Cola Arena is the venue for the bout, with a 17,000 capacity in the Middle East.

The event will feature a host of undercard fights including Tommy Fury returning to the ring.

Starting at 7pm UK time, the undercard will get underway in spectacular fashion with Connor Benn’s brother, Harley, kicking things off.

Expect the ring walk times for the main event around 10pm UK time – 1am in Dubai as Mayweather takes to the ring.

Bodo/Glimt manager claims he has Arsenal sussed out after watching them and thinking ‘what the hell are they doing?’