FLOYD MAYWEATHER will return to the ring for another exhibition bout this September.

The five-weight world champion has taken part in numerous exhibitions since retiring from professional boxing in August 2017.

And the Hall-of-Famer will be back in action on September 25 against Japanese MMA fighter Mikuru Asakura.

Mayweather’s clash with the RIZIN featherweight will take place at the famous Saitama Super Arena.

The rules and stipulations for the bout have not yet been announced, although it’s likely the contest will be an eight-rounder.

Mayweather, 45, is looking forward to returning to Japan and competing at the Super Arena – where he knocked out Japanese sensation Tenshin Nasukawa. 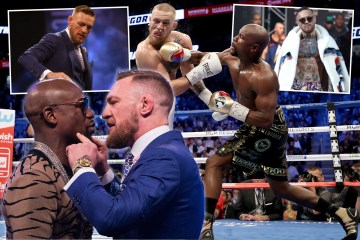 He said: “My legacy is already engraved in stone, like I said before.

“But it’s still great just to go around the world and entertain people from all walks of life.

“I’m pretty sure he’s gonna come out and give his best, like any and every guy, but I’ve seen every style, so, my job is just to go out there, be me, have fun and do what I do best.

“September we’re going to have fun and entertain people.

“I’m Floyd Mayweather to him. He’s just another opponent to me.”

Mayweather was last in action in May against former sparring partner Don Moore – whom he outboxed for eight straight rounds in Abu Dhabi.

The boxing legend was taken the distance by YouTuber Logan Paul last June in their eight-rounder in Miami.

Victory over The Notorious saw Pretty Boy stretch his professional record to a perfect and unblemished 50-0.

THE best-run club in the Premier League defeated the...
NFTNews