FULHAM, West Ham and Newcastle are all keen to sign Jesse Lingard in the next transfer window, reports suggest.

The Manchester United midfielder is set to leave Old Trafford at the end of the season when his contract expires.

And according to sports journalist Rudy Galetti, he wants to stay in the Premier League.

Galetti also reported that newly-promoted Fulham have been monitoring his situation.

The Cottagers join the race for the star along with West Ham and Newcastle.

Lingard enjoyed a successful loan spell with the Hammers in 2021, where he scored nine goals in 16 appearances. 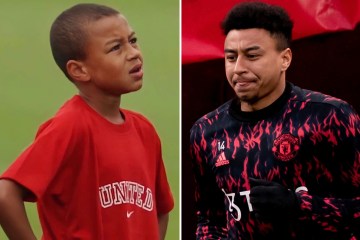 Newcastle have been keen to sign him since the January window, however, Man Utd have rejected all offers.

The 29-year-old has been limited to just 22 appearances this season after falling out-of-favour with Ralf Rangnick.

Earlier this week, Lingard’s brother described Man Utd as “classless” after the midfielder was not given a proper send off following his final game at Old Trafford.

“Attacking players for celebrations when the clubs being sold to the super league OK.

“Class of 92, Busby Babes, you’re ran by people who don’t even know the offside trap. Classless and the fans need to realise. Goodnight, godbless!

“Been there since nine years of age and didn’t even get a send off!!! Well done bro your family are proud.”

Just a few hours later, Lingard posted a cryptic tweet which included an image of himself from when he was in the Man Utd academy.

He is one of seven players expected to leave in the coming months, along with Paul Pogba, Nemanja Matic, Juan Mata, Edinson Cavani, Lee Grant and Andreas Pereira.

CHELSEA have received a major boost in their pursuit...
NewsWeekPRO