INDIAN cricket superstar Virat Kohli was left “very paranoid” after a disturbing security breach saw someone sneak into his hotel room and film a video.

Kohli, 33, is currently taking part in the T20 World Cup in Australia.

However, he now has concerns for his safety after his room at the Perth Crown hotel, as well as personal belongings, were filmed in a creepy video.

The Indian cricket team stayed in the hotel for Sunday night’s clash with South Africa.

It shows a close-up view of Kohli’s personal items laid out on a table next to his made hotel bed.

A room tour followed before zooming in on his toiletries, medicines and supplements. 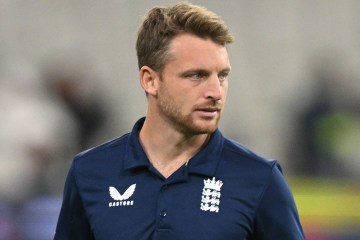 Two to three people can be seen in the video, all wearing black shoes, well-pressed grey suits and white formal shirts similar to those worn by Perth Crown hotel staff.

Kohli said the disturbing footage has left him “very paranoid” and has called for respect of his privacy.

He said on Instagram: “I understand that fans get very happy and excited seeing their favourite players and get excited to meet them and I’ve always appreciated that.

“But this video here is appalling and it’s made me feel very paranoid about my privacy.

“If I cannot have privacy in my own hotel room, then where can I really expect any personal space at all??

“I’m NOT okay with this kind of fanaticism and absolute invasion of privacy.

“Please respect people’s privacy and not treat them as a commodity for entertainment.”

The hotel has since issued an apology to superstar Kohli.

A spokesperson said: “We unreservedly apologise to the guest involved and will continue to take the necessary steps to ensure this remains an isolated incident.”

The hotel also says the incident occurred earlier this month, when the Indian team were staying there before the start of the T20 World Cup.

And those responsible no longer have access to the hotel.

The hotel is continuing an investigation and working with the Indian Cricket team and the International Cricket Council.