GRIEVING ITV World Cup pundit Nadia Nadim has thanked fans for their tributes after her mother was killed by a digger.

Nadim was forced off air earlier this week after discovering her 57-year-old mum Hamida had been killed in a freak car accident.

Addressing her followers on Instagram, the Danish-Afghani footballer said she was thankful for the “love prayers” she’d received over the last few days.

“Please come and show an incredible woman the love, respect and prayers she deserves,” Nadim posted, sharing details of her mother’s funeral service this Friday in Aarhus, Denmark.

Danish police announced that Hamida was struck from behind by a digger, killing her instantly, as she was walking home from the gym.

Southeast Jutland Police said the accident happened near her home in the town of Uldum, around 120 miles west of the Danish capital Copenhagen. 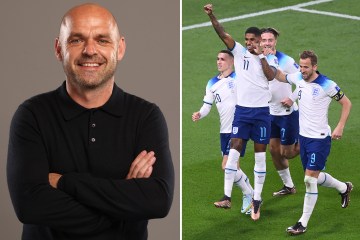 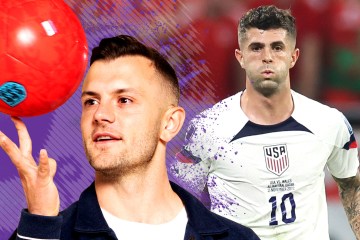 The digger – which is a type of large excavator – was driven by a 31-year-old man from Kolding, according to Danish publication Horsens Folkeblad, who spoke to duty manager Torben Wind.

He said: “Allegedly, the driver overlooked the woman, who was walking out on the side of the road.”

“An oncoming lorry came towards the driver, forcing him into a narrow gap, which is why the driver ended up driving into the woman.

“It is the police’s assessment that the woman lost her life immediately upon impact.”

Nadia, who was born in Afghanistan but represents Denmark’s national team, is currently in Qatar working for the broadcaster.

She was part of ITV’s panel for the coverage of Denmark’s goalless draw with Tunisia on Tuesday – but suddenly left the studio during the game because of the tragic news.

The devastated pundit described her mum as “a warrior who had fought for every inch of her life”.

“Words can not describe what I’m feeling,” she said.

“I have lost the most important person in my life and it happened so sudden and unexpected. She was only 57.

“She was a warrior who had fought for every inch of her life.

“She didn’t give me life once but twice, and everything I/ we are is because of her.

“I have lost my home and I know nothing’s gonna ever feel the same. Life is unfair and I don’t understand why her and why this way.

“I love you and I will see you again.”

Nadia added: “Her funeral is gone be soon… please come and show her the love, respect and prayers she deserves.”

Nadia was forced to flee Afghanistan in 2000 when the Taliban executed her Army general dad, Rabani.

Then aged 11, Nadia left the country with her mum and four sisters – selling all their belongings to fund the escape.

She discovered her love of football at a refugee camp in Denmark and is now on the national team.

The forward made her international debut for the country in 2009 going on to score 38 goals in 99 games.