IT was a quiet start to Black Friday this morning with high streets and shopping centres across the country deserted.

Bargain hunters seemingly stayed home instead of rushing to bag the best discounts ahead of tonight’s World Cup clash.

Millions are expected to be pulling a sickie – despite the England vs USA game not kicking off until 7pm.

Up to 11 million swerved the office in favour of working from home for Monday’s match in honour of the earlier 1pm whistle.

If photos from major towns and cities this morning are anything to go by, it looks like it could be the same again today.

Leeds Trinity shopping centre and nearby pedestrianised street Briggate were almost empty as workers prepared to lift the shutters. 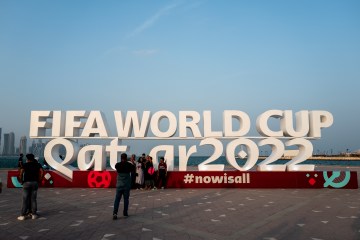 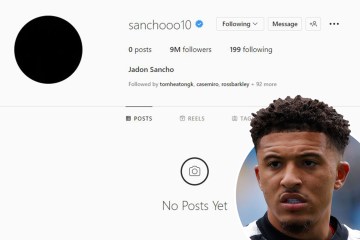 The Liverpool ONE complex and London’s Oxford Street were also deserted.

The football might be putting some people off, but the rising cost of living may be another factor.

Strikes are also making it harder to travel – and to make and receive deliveries.

Royal Mail workers have walked out in a long-running dispute over pay, pensions, jobs and conditions.

They have also threatened to carry out further action, including on Christmas Eve.

Amazon staff at sites across the globe were also expected to go on strike on Black Friday, targeting the online retailer on one of the busiest shopping days of the year.

They too are calling for better pay and working conditions.

And London Underground workers have walked out today in a row over contracted hours.

Only a small number of stations are affected, but passengers should expect some delays or disruption.