A MASSIVELY-BACKED greyhound shook off a terrible start to pinch the most-incredible victory at Towcester on Wednesday night.

In the final race of the evening, fans that stuck around got their money’s worth with an unbelievable spectacle.

The most amazing performance you’ll ever see in an A7 at Towcester.

Catunda Daisy out the back of the TV for most of the race passes them all on the home straight to record an unbelievable victory. pic.twitter.com/vTPiD6WTKY

Catunda Daisy ran as the favourite, but would have had punters tearing their hair out following a dreadful start.

The speedy pooch initially lagged way behind the field in the 22:28, before producing something truly special.

Catunda Daisy was nowhere to be seen as the other five greyhounds navigated the first corner.

And the favourite was still last, albeit not by as much, going into the second turn. 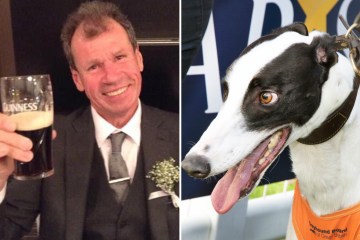 As the third approached the rapid dog started to get back into the mix.

And on the final straight, Catunda Daisy showed just why they were the favourite.

Running at a staggering speed, they pelted over the line in first place – prompting shouts and screams from the excited crowd.

Fans online were equally impressed by the remarkable turnaround.

Most read in Other Sports

While a second tweeted: “Impressive.”

Another added: “What a run, amazing.”

Gujarat Giants and India capitals locked horns in the...

DEFIANT Gareth Southgate says he "won't hide" and has...
NFTNews