How to beat tiger mountain challenge in Clash of Clans?

Clash of Clans is an online multiplayer battle game in which players use Elixir, Dark Elixir, and Super troops to attack other bases. The game is known for its new additions that include Hero skins, magic items, and new layouts, among other things.

The inclusion of test challenges has been one of the most popular additions to the game. These are occasionally sent out to all players and require players to use the provided army to attack. Players on successful attacks receive resources such as Gems, Elixir, Gold, and Magic Items, along with experience.

The Tiger Mountain challenge features the latest Tiger Mountain scenery, which can be purchased for ₹599, as well as the brand-new Barbarian King skin “Lunar King.”

The army composition for the Tiger Mountain challenge is:

It’s another new season stacked with cool challenges, perks and rewards! This month we welcome the Warrior Warden to the family of Warrior heroes, available in February’s Gold Pass!

Happy Lunar New Year to those who are celebrating! 🥳

It’s another new season stacked with cool challenges, perks and rewards! This month we welcome the Warrior Warden to the family of Warrior heroes, available in February’s Gold Pass! Happy Lunar New Year to those who are celebrating! 🐯 🎊 🥳 https://t.co/4gPNYrsP5X

How to beat the Tiger Mountain challenge in Clash of Clans?

There are various strategies to beat the Tiger Mountain challenge, one such attack strategy is given below. 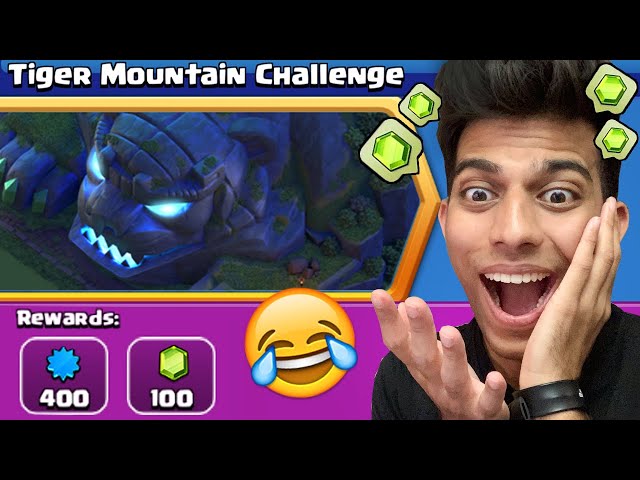 Step 1: Deploy a Super Valkyrie near the Town Hall, allow it to wrap up and drop its Rage Spell. Use the Super Giants, Super Wizards, remaining Super Valkyries, Barbarian King, Archer Queen, and Grand Warden at the same spot once the Valkyrie drops the Rage Spell.

Step 2: To aid troops in regaining health, use the Grand Warden and a Healing Spell. Both Poison Spells should be used on enemy clan castle troops.

Step 3: Deploy Hogs on the right side of the base along with the Skeleton Spells to tackle the defenses.

Step 4: Cast the Healing Spell in a common area to restore health to all troops. Use both the Invisibility Spells on Archer Queen allowing her to take down X-bows and Inferno Towers.

Use this simple attack strategy to beat the Tiger Mountain challenge and earn hefty rewards.

Manchester United have reportedly cancelled their end-of-season awards ceremony due to a request from their players following their horrible...
Football