There are a variety of Colossal weapons in Elden Ring, each allowing the player to shake their playstyle up a bit and bring in more variety to how they experience exploration in the Lands Between.

Each Colossal armament brings something new to the table regarding base stats, skills, and movesets. However, each of them primarily scales off of Strength and boasts one of the highest damage output in the game.

While each of these weapons is unique, there is one in particular that players have been fancying quite a bit. The Watchdog’s Staff is a highly-coveted colossal armament that many players have been trying to get their hands on for quite a while now.

This war surgeon is more than willing to stifle any unworthy whelps who emerge from the Fingerfolk cradle.

This war surgeon is more than willing to stifle any unworthy whelps who emerge from the Fingerfolk cradle.#ELDENRING https://t.co/iP27iG4OKk

Its biggest selling point is its weapon skill called Sorcery of the Crozier, which allows the Elden Ring Tarnished to channel magic into the glinstone and activate ancient sorcery, producing floating magic projectiles that will automatically chase enemies.

However, many community members find it a bit difficult to come by the weapon. Hopefully, today’s guide will be able to help them out with it. 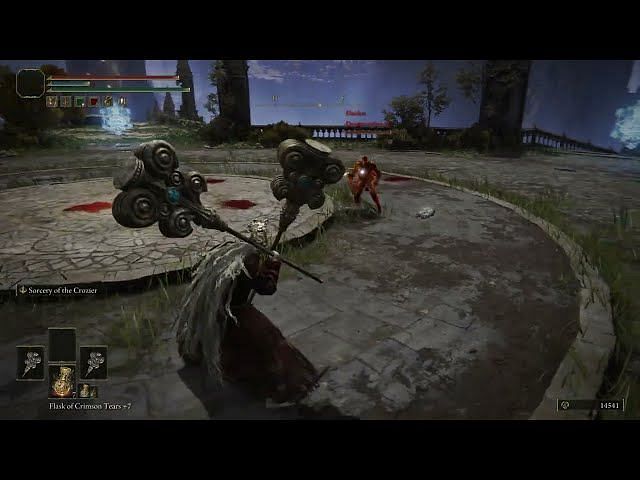 The Watchdog’s Staff Colossal weapon can be found pretty early in the game. All players will be required to make their way to the Road End Catacombs in Liurnia of the Lakes, where the weapons will be present.

However, the dungeon itself is a bit hard to come by. Players often miss it when discovering Liurnia for the first time, as the thick fog in the area tends to make exploration a bit difficult to accomplish.

Hence, to obtain the Watchdog’s Staff, Elden Ring players will need to: 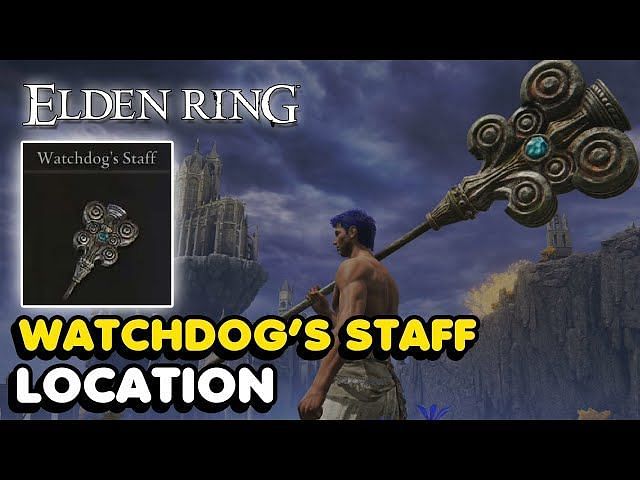 Interestingly, the Watch Dog’s Sorcery of the Crozier is that while it consumes 15 Fp and can deal up to 1,300+ Magic Damage if all the missiles hit, it does not scale off of Intelligence.

With 34 Strength and 10 Dexterity requirements, it requires investment in either the Strength stat, or if players wish to go for a more Quality build, they can invest Runes in both Strength and Dexterity.