How will Marc and Steven survive?

Episode 4 of Moon Knight ended in one of the most exciting and absurd cliffhangers since the first Disney+ MCU series, WandaVision. In Episode 4, “The Tomb,” the lead characters found Ammit’s tomb, unraveled the mysteries surrounding her first avatar, and established how Layla’s father was killed.

This latest episode also followed the events of Khonshu’s entrapment by the Enneads in Episode 3. Episode 4 showcased that the Moon God’s ushabti was kept inside the Pyramid of Giza and the ushabtis of at least ten entrapped gods.

In Moon Knight Episode 4, the series also made interesting and extremely comic-accurate revelations about the character’s backstories and may hint at future plot points.

Disclaimer: The following part of the article will contain significant spoilers for Moon Knight Episode 4.

While the first half of Moon Knight Episode 4 was tamed and had no significant references, later parts consisted of several revelations about Marc Spector’s association with Layla’s father. The latter half of the episode also had connections to the character’s comic stories.

At Ammit’s tomb, Marc Spector came clean to Layla about his presence at the time of her father’s demise at the hand of his former partner. In the comics, Spector’s partner, Raul Bushman, killed the entire team of locals and Marlene’s archeologist father.

Spector was also fatally wounded by Bushman when Khonshu saved him and made him his avatar in return. Since Layla is based on Marlene from the comics, Disney Plus’ Moon Knight likely followed the exact origin of the character.

After being shot by Arthur Harrow, the series cuts to a random clip of a fictional show called Tomb Busters.

In this fictional show, the main treasure hunter and historical expert is also named Steven Grant. This Dr. Grant, who sports a similar accent to that of MCU’s Grant, could have been featured in a television show. It is possible that Spector might have watched this show during his childhood days and formed the personality of his alter, Steven Grant.

Marc Spector and Steven Grant spend a significant amount of time in the Putnam Psychiatric Hospital. This part of the episode attempted to confuse the viewers by hinting at Spector/Grant being an unreliable narrator (a-la 2019’s Joker), which could have been done to foreshadow a potential twist in the upcoming episodes.

The two personalities’ time at the psychiatric hospital was clearly inspired by Jeff Lemire’s 2016 comic run, Moon Knight, Vol. 1: Lunatic. In the comic, Spector and his personalities found themselves in an asylum. At the time, it was established that Spector had been in the asylum since his childhood. Furthermore, in the asylum, he was treated by Doctor Emmet, who later turned out to be Ammit.

In the comics, it was later established that Khonshu was the one to have orchestrated this. However, it is unlikely to happen in the show considering the Moon God’s present state of being entrapped as of Moon Knight Episode 4.

How did Marc Spector and Steven Grant end up in the mental hospital?

Unlike in the Moon Knight comics, Khonshu is likely not to have influenced this. Thus, it is possible that Harrow was successful in getting Ammit out, who in turn might have trapped Spector and Steven in the Othervoid/Overvoid. This could mean that the two protagonists would have to escape from the extra-dimensional prison to stop the goddess, Ammit.

Like the previous episodes, Moon Knight Episode 4 also hinted at Grant’s other personality, Jake Lockley. In the episode, Spector found Grant trapped in a sarcophagus. As the two attempted to escape from the institution, another sarcophagus could be seen trembling. This could mean that Lockley was likely inside the other sarcophagus.

In what could possibly be the most unexpected appearance in the show, an anthropomorphic ‘hippo’ appeared in the episode as Grant and Spector attempted to escape from the institution. The Egyptian goddess of Taweret might be an ally of Khonshu, who could help Spector and Grant escape from the Overvoid. 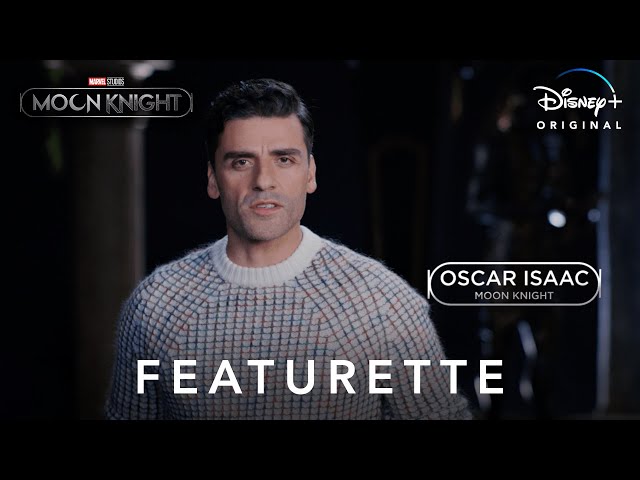 Taweret’s unexpected appearance in Moon Knight Episode 4 could possibly be the most exciting cameo since Evan Peters’ Quicksilver. Thus, it remains to be seen how Steven Grant and Marc Spector escape the institution in time to prevent Ammit’s ascension to power, while Khonshu remains trapped by the Enneads.

Ciara and Russell Wilson aim to keep their children modest