I played on as my dad had a cardiac arrest in the crowd… but it inspired me to fire Forest to promotion, says Steve Cook

NOTTINGHAM FOREST’S Steve Cook was on the pitch when his dad suffered a cardiac arrest in the stands last season.

It was the penultimate game of the Championship campaign. Cook was back at his beloved Bournemouth, where a win for the hosts would secure them top-flight football.

Forest needed a victory to stay in the hunt for an automatic promotion spot but things were not quite right in the warm-up at the Vitality Stadium.

Former Cherries defender Cook said: “It was a big game for me, going back to Bournemouth and having a chance to nick automatic promotion from them.

“We knew something had happened in the crowd. I had no idea it was my dad, Richard, though, so it was a bit of a strange one.

“I got subbed late on and that’s when I was told, ‘Look, something has happened’. I knew it would be involving my dad. 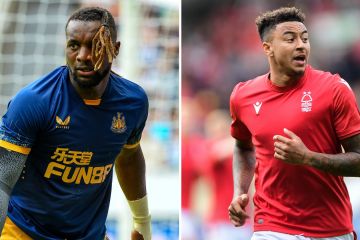 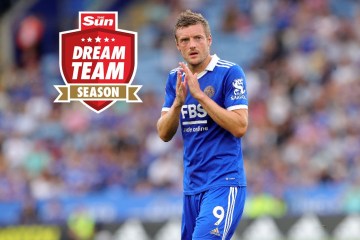 “After that it was more of a panic, trying to get down to Bournemouth hospital and getting to grips with what had happened.

“My dad had just been through a near-death experience. It was a massive shock. It probably didn’t sink in until I left the hospital. You just go into autopilot.”

Cook later found out an off-duty nurse called Abigail performed life-saving treatment on his dad in the stands before paramedics arrived.

For many, this sort of traumatic experience would make football irrelevant — and no one would have blamed Cook had he decided to end his season there and then.

But the 31-year-old only missed the final day against Hull before returning for the play-off semi-final and final.

He even scored a penalty in the shootout against Sheffield United in the second leg of their semi, less than two weeks after his dad collapsed.

Cook said: “I used it as a motivation to try and get back to the Premier League. It was also for my dad, too.

“That emotion came out when we won the semi-final on penalties. My dad received such good treatment, he was in a good place, so it allowed me to focus on what I needed to do.

“So I will be eternally grateful. Without them, who knows what would have happened.

“My dad couldn’t come to the games, or final, but I know he was watching at home and was proud.”

Cook may be focusing on Forest’s return to the big time after 23 years, but there is still time to be thankful.

He is working alongside McDonald’s Grassroots Football to hail volunteers and surprised Forest fan and Sunday League coach Joshua Warwick, 18, with an award for using a defibrillator to help a player at his local pitches.

Cook added: “No one in their right mind expects to save a life or be put in that situation — and to do it at that age is amazing.

“It made me think of my dad and makes you grateful for these people. They are the unsung heroes.”

A lot of our players have never played in the top flight. That can make us more ambitious to prove people wrong. We can be a real force.

Cook only joined Forest in January having ended his ten-year spell with Bournemouth but he is already a fan favourite at the City Ground ahead of today’s Prem opener at Newcastle.

He said: “To have the honour of playing back in the Premier League with Forest, we know what is expected. We’re up against it.

“Now it is down to the players to repay the owners’ backing by staying in this division for many years to come.”

Having played in five successive top-flight campaigns on the south coast, Cook will try to be the wise old head.

He added: “We have a lot of players who have never played in the top flight.

“That can make us more ambitious to prove people wrong. We can be a real force in the league.”

I’m Sticking To My Word, I Think Virat Kohli Will Open In The Tournament – Parthiv Patel

ARSENAL are set to make a sensational £60 million...

I’m Sticking To My Word, I Think Virat Kohli Will Open In The Tournament – Parthiv Patel

BCCI has denied permission to the Cricket Association of...

MANCHESTER UNITED pair Fred and Scott McTominay have been...
NFTNews