“I’m going to keep saying that until they get sick of me saying it, and actually change the way the voting is”

After another scintillating display in the playoffs, Draymond Green continued to push the narrative that Poole is the league’s most improved player. On the latest episode of “The Draymond Green Show,” the three-time champion said:

“Jordan Poole is the Most Improved Player in the NBA. I’m going to keep saying that until they get sick of me saying it and actually change the way the voting is.”

Green outlined the changes he’d like to see to clarify the criteria for the award, stating:

“My fight is one of two things, or maybe even both. First is, change the voting system. Second, change the name of the award or add criteria to what actually makes someone Most Improved Player.”

Poole has been a revelation for the Golden State Warriors this season, stepping up in the absence of Klay Thompson.

He helped lead the team to a third-place finish in the Western Conference. The shooting guard finished as the third-best scorer (in terms of points per game) on the team behind Stephen Curry and Thompson.

His free throw percentage bested even Curry’s (92.5), but the All-Star guard has said that he will continue to be in charge of the technical free throws.

While Poole’s improvement cannot be disputed, it is a tough call considering the other players who are finalists. 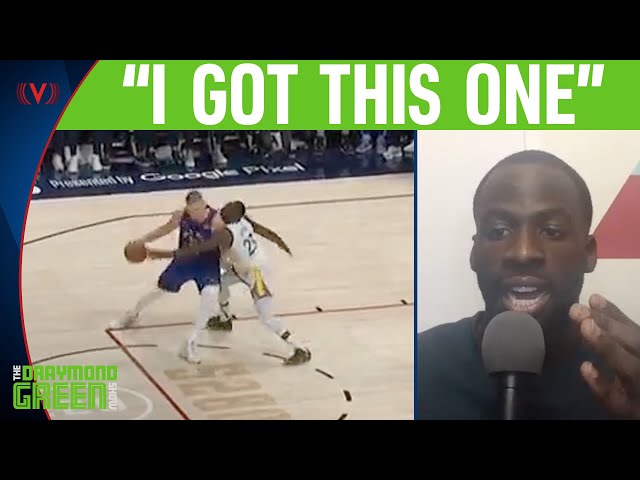 Ja Morant led the Memphis Grizzlies to a second-place finish in the West, while Darius Garland and Dejounte Murray also showed tremendous improvement. The Cleveland Cavaliers and San Antonio Spurs were eliminated during the play-in tournament.

The Warriors have played three games against the Denver Nuggets in their first-round series and have won all three. Poole played a huge role in those victories and is currently posting better numbers than the Splash Brothers.

Given how hot the Warriors have started, there is a chance that they will close out the series on Sunday night in Denver. The Warriors have been the superior team on both ends of the floor, and their small-ball lineup has paid dividends.

Curry is still rehabbing from a foot injury, which has seen him come off the bench throughout the series. So far, it has benefitted the Warriors, and with Draymond slowing down Nikola Jokic, they look primed to advance.

Share
Facebook
Twitter
Pinterest
VK
WhatsApp
Previous article“The front office had meetings with Michael Jordan this week, and it was determined by Jordan that they were gonna move on”
Next article“Every game he plays, there’s some bizarre subplot that emerges featuring LeBron James… I think it hurts him that he’s relegated to tweeting”
- Advertisement -

Tesla and SpaceX CEO Elon Musk took to Twitter to express his opinion about Amber Heard vs. Johnny Depp...
Sport