MAX VERSTAPPEN claimed his second world championship victory in Japan to spark bedlam in the paddock.

He was joined by his Red Bull team and girlfriend Kelly Piquet who captured some behind-the-scenes footage of the celebrations.

Like his first win last year, Verstappen claimed his second F1 title in bizarre circumstances at the Suzuka Circuit.

The Red Bull driver breezed to an easy victory at Suzuka but was unaware he had won the championship because Charles Leclerc finished second before being bumped down a place after incurring a penalty.

Despite the initial anticlimatic realisation, Verstappen and his colleagues soon got to partying.

Team-mate Sergio Perez, who finished second as a result of Leclerc’s sanction, poured plenty of champagne over the Dutchman. 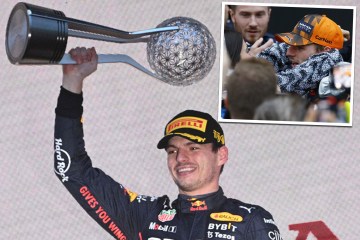 Red Bull mechanics then hoisted the champion onto their shoulders with Kelly filming every moment of her boyfriend’s glory.

Away from the cameras the couple allowed the moment to sink in inside the dressing room.

They then posed for photos with Kelly giving Verstappen a kiss on the cheek as he held his championship trophy.

“We’ve been absolutely on it, the whole year. A season where we had a difficult start but kept it cool, bounced back and never let go.

“Thank you so much to the entire team, everybody worked tirelessly to get here and this is the ultimate reward 🏆👏 Red Bull Racing, Sergio Perez, let’s keep pushing for many more highs 💪

“To win it here in Japan makes it extra special, thank you for everything @honda. I hope you enjoy this as much as I do 🙌

“A big thank you goes out to my family, loved ones and management, they support me whatever happens. I can not do this without you ❤️

“To all fans, many many thanks for your incredible support, wherever we go, you are there! Absolutely amazing 🤩.” 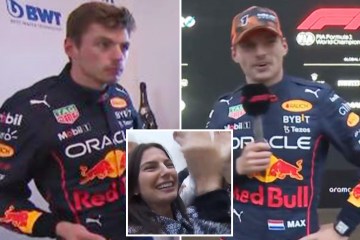 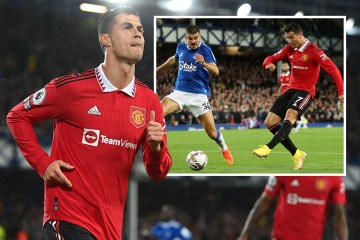 “A huge congratulations to Max, he has been dominant. He and the Team have raised it to another level this year.

“From the team trackside, to everyone back in Milton Keynes. To achieve this is something truly special.”