Mohammad Kaif has lauded Prasidh Krishna for making a splendid comeback after a mauling at the hands of David Miller during Rajasthan Royals’ (RR) Qualifier 1 loss to the Gujarat Titans (GT).

Krishna returned figures of 3/22 in his four overs in Friday’s (May 27) Qualifier 2 game against the Royal Challengers Bangalore (RCB). His spell helped RR restrict RCB to a score of 157/8 and they then chased down the target with seven wickets and 11 deliveries to spare to qualify for the IPL 2022 final.

During a discussion on Star Sports, Mohammad Kaif was asked about Prasidh Krishna’s comeback after a poor game against the Titans. He replied:

“He wouldn’t have been able to sleep. Miller hit him for three sixes off consecutive deliveries. He did not have much time, he had to make a change quickly, it was a matter of only three-four days.”

The former India cricketer added that Krishna’s dismissals of the likes of Virat Kohli and Dinesh Karthik were ample proof of his ability under pressure. Kaif observed:

Forget about the last over in the last game. This game’s first spell was a fast bowler’s dream from prasidh Krishna n now with huge wicket of DK #prasidhkrishna

Forget about the last over in the last game. This game’s first spell was a fast bowler’s dream from prasidh Krishna n now with huge wicket of DK 👏 #prasidhkrishna

Krishna had Kohli caught by Sanju Samson behind the wickets to give RR an early breakthrough. He then returned at the death to have Karthik caught at long-on before casting Wanindu Hasaranga with an impeccable yorker.

Mohammad Kaif highlighted that any player can have an off day, but Krishna showed how to bounce back after a setback. He explained:

“You will concede runs, you will lose your team matches, you will bowl badly at times but everyone knows how to fall, but to fall and get up, he showed it by doing that. The ball was coming in or going out after pitching.”

The former Rajasthan Royals player had the following to say about Prasidh Krishna’s dismissal of Kohli:

“Virat Kohli, a great batter, played a nothing shot. Neither did he leave the ball nor did he punch it properly. The ball was going out after pitching and he flirted with it. He was forced to do that because the ball went in front of his eyes and Krishna troubles him a lot. He has trapped him many times.” 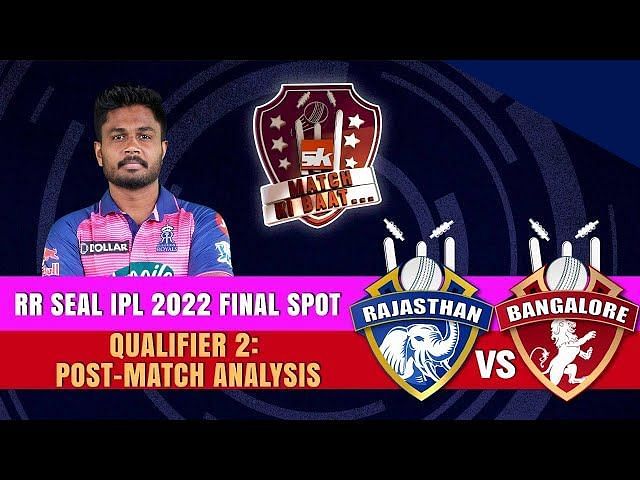 Prasidh Krishna dismissed Kohli for the second time in IPL 2022 during Friday’s game. The pacer had got the better of the former India skipper with a short ball in the last meeting between the two sides.

3 NFL players who tanked after signing a massive contract

Tensions boiled over during a heated matchup between the...

3 NFL players who tanked after signing a massive contract

Tensions boiled over during a heated matchup between the...