Aakash Chopra has highlighted that Sanju Samson’s knock made the telling difference in last night’s IPL 2022 encounter between the Rajasthan Royals (RR) and the Delhi Capitals (DC).

Samson smoked an unbeaten 46 off just 19 balls to provide the finishing touches to RR’s innings after Jos Buttler had smashed a century. The Royals skipper’s enterprising knock helped his side set a 223-run target for the Capitals, and they went on to win the match by 15 runs.

Chopra reflected on the Rajasthan Royals’ batting effort in a video shared on his YouTube channel. He said the following about Samson’s knock:

“Rajasthan Royals made a perfect 222/2 in 20 overs. There was just a slight difference between going beyond 200 or going beyond 220 and the difference was Sanju Samson. Sanju baba, when he comes in form, he plays very well. He destroyed everyone, whether it was Kuldeep Yadav, Khaleel, Mustafizur or Shardul Thakur.”

Speaking about the start of the Rajasthan Royals innings, Chopra pointed out that Devdutt Padikkal was the dominant partner in the initial overs of his partnership with Jos Buttler. The former India cricketer elaborated:

“Buttler was not alone. Devdutt Padikkal was there along with him. In fact, Devdutt Padikkal ran slightly quicker at the start and it seemed he slowed down a little towards the end. He actually batted well, the best that he has batted in this tournament thus far.”

Chopra added that Padikkal and Buttler were at their destructive best once they pressed the accelerator pedal. He observed:

“They took the bowlers to task, they were hitting fours and sixes one after the other from both ends. When they started hitting, you realized that they are reading the table of 10.”

While Buttler smashed 116 runs off 65 deliveries, Padikkal scored 54 runs off 35 balls. Their 155-run association for the opening wicket laid the platform for the Royals’ mammoth total.

Aakash Chopra concluded by stating that Prasidh Krishna was the game-changer for the Rajasthan Royals with the ball. He reasoned:

“The pick of the bowlers, the guy who changed the game in my opinion was Prasidh Krishna. He took three wickets in his four overs while conceding just 22 runs when the opposing team has scored 207 runs. Well done Prasidh, it was going hot and cold for him, but here he bowled very well.” 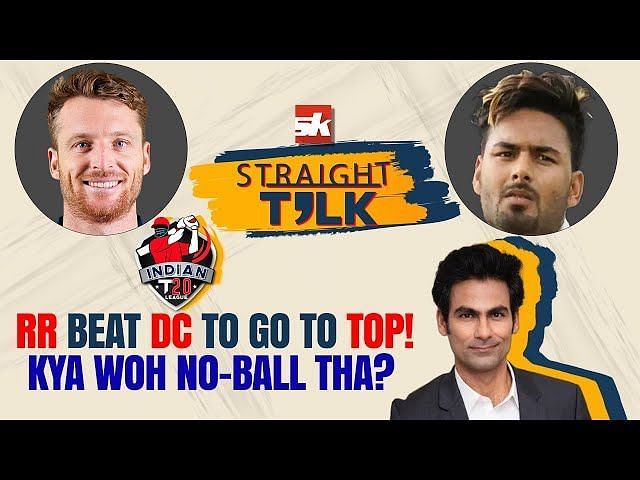 Krishna picked up the crucial wickets of David Warner, Rishabh Pant, and Lalit Yadav to rock the Delhi Capitals batting lineup. The Karnataka pacer bowled the 19th over as a wicket maiden to all but seal the match in his side’s favor.

Q. Will Sanju Samson score a half-century in Rajasthan Royals’ next match?