WEST HAM close out a fruitful Premier League season against in-form Brighton at the AMEX this weekend.

The Hammers drew 2-2 with Manchester City in their final home game last weekend, while Brighton drew 1-1 against Leeds.

Before that, however, Brighton put on a clinic by beating Man Utd 4-0 on home turf, and will present a tough task as always for David Moyes’ men.

Since Brighton were promoted to the Premier League in 2017, West Ham have not been able to beat them in nine outings, losing three and drawing the other six.

But West Ham will be looking to change that statistic on Sunday, with a place in next season’s Europa League at stake. 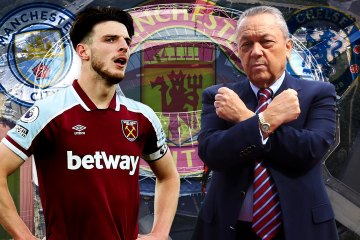 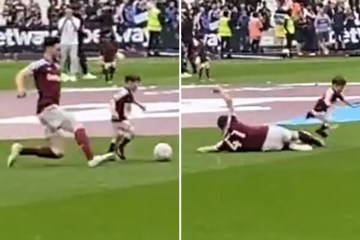 What time does Brighton vs West Ham kick-off?

Defensive duo Angelo Ogbonna and Issa Diop are both back on the grass but neither are expected to feature in David Moyes’ side against Brighton.

However, the West Ham boss could see a miraculous recovery to Said Benrahma who suffered a ankle injury against Norwich.

Moyes could be tempted to throw Mark Noble in from the start as it will be the Hammers legend’s last game EVER for West Ham.

Meanwhile, Jakub Moder remains unavailable for the Seagulls, Enock Mwepu will seeming join his teammate in the treatment room.