CHELSEA take on Wolves today aiming to get back to winning ways.

The Blues have failed to win in their last two Premier League games, losing to Everton and drawing with Manchester United.

Blues manager Thomas Tuchel said after the loss to Everton: “We can’t stop doing individual mistakes. We struggle to have repetitive top performances. Today was an OK performance but OK is not enough.

“We conceded in the first minute of the second half and it becomes more difficult. The way we gave this goal away was absolutely unnecessarily. If we keep on giving goals away it ends up in the results we have had recently.

“We were not on the highest level. We trusted the team. Maybe we could have changed more. That is something I will reflect on personally.” 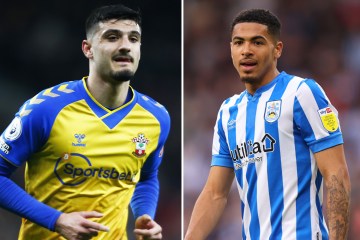 When is Chelsea vs Wolves?

Chelsea vs Wolves takes place on Saturday, May 7.

The match kicks off at 3pm.

What TV channel is Chelsea vs Wolves on?

Chelsea vs Wolves will NOT be broadcast live on TV in the UK.

This is due to the blackout on live TV football fixtures in the UK between 2.45pm and 5.15pm.

What is the Chelsea vs Wolves?

N’Golo Kante is a doubt for Chelsea as he deals with a “minor injury”, according to Blues boss Tuchel.

Kante missed the defeat at Everton last time out.

Nelson Semedo could miss out for Wolves with a hamstring injury.