WITHIN minutes of the stunning and shocking news of Sean Dyche’s dismissal, an old quote was doing the rounds on social media.

It was from the now former Burnley boss himself, shortly after he had been appointed as Eddie Howe’s Turf Moor replacement in October 2012.

Dyche said: “I like the friendliness, the openness and the honesty. People will let you know when things are good and when they are not so good.”

They sure will, Sean. If Burnley folk have a problem with you, you don’t tend to find out second or third hand. They’ll tell you straight and blunt.

If chairman Alan Pace wasn’t aware of that before this weekend, he will learn how straight and blunt they can be in the coming days.

Football has seen some crazy, jaw-dropping moments over the years. 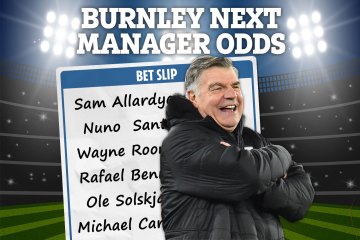 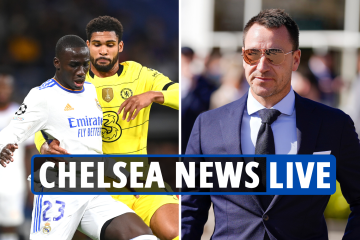 There’s always something to leave you scratching your head and thinking WTF.

But it is genuinely hard to recall one as jaw-droppingly baffling as Friday’s decision to sack Dyche.

Short of him having stuck a right-hander on the Burnley owner, it’s impossible to see the logic.

And judging from the fans’ reaction, there’s a big queue to do just that right now.

When Pace got his hands on the club in December 2020, he made all the usual comments that new owners do.

You know, about how he was well aware of the club’s traditions, what it meant to the community, how he “loved the family, working atmosphere”.

A family, working atmosphere by the way that has steadily been eroded over the months, as long-serving staff were replaced by low-cost interns.

Morale, safe to say, was hardly at an all-time high long before Dyche got the bullet.

But back to Friday’s sacking — and back a little further to last Christmas, as Pace “celebrated” his one-year Clarets anniversary.

Burnley then, as now, were third bottom and, with half the season to go, relegation was becoming an increasing worry.

Naturally, the subject of Dyche’s future should they fall back into the Championship was raised. For Pace, though, it wasn’t an issue.

His comments then? “I’m  committed to having Sean here and hope he feels the same way regardless (of relegation).”

At the time Burnley had won just once. It would be seven games before they managed another. But Pace, so he said, was as committed to the manager as he was to the club.

A commitment that remained rock solid until it actually came time to prove it, clearly.

And he wonders why plenty of Clarets fans always insisted it was bull**** from day one.

Should he show his face at Turf Moor for Thursday’s game with Southampton, I’m sure they’d love the chance to tell him face-to-face, as well.

Of course, had Dyche stayed in charge there was no guarantee of survival. You can only punch above your weight for so long — and this may have been a season too far.

But is Pace really so clueless as to think that sacking him with eight games to go, and still a fighting chance of staying up, was the way to go?

But, unlike the Toffees, the Clarets’ run-in includes many winnable matches. At least, it did.

They have two games in hand on Leeds — two potential wins that would put them just three points behind the Whites. A tough ask, yes, but far from impossible.

Not with Dyche in charge. Not with a squad that, while not the most gifted, is certainly one of the most spirited.

Not with a togetherness to rival any in the Premier League.

All of which has now been blown away by an American who obviously — for all the hot air and hyperbole — didn’t actually get it at all.

He didn’t get what a great job the manager had done in keeping the club at the top table for six years on a make-do-and-mend budget. He just didn’t get Burnley, full stop.

At least Dyche, for all he was denied the chance to say a proper goodbye to the fans, can leave with his head held high and his dignity intact.

Pace, on the other hand. Well, I think the supporters will let you know about that one, Alan.

BIT EARLY TO BE SO HARSCH

TOWARDS the end of Jesse Marsch’s first Leeds home game he got a brutal, uncomfortable reminder of the task he faced replacing a Messiah.

With Aston Villa coasting to a 3-0 win, Marcelo Bielsa’s name echoed around Elland Road. It was painful to watch Marsch listening to it on the touchline.

So fair play to the American for slowly and gradually winning over the sceptics with ten points from the next 12.

Survival is still far from a certainty. So Marsch is either very brave or very stupid, given his  comments about Bielsa last week.

We all know Bielsa works players harder than any other boss. Yet it brings results. Leeds went from  struggling to get out of the Championship to a team that lit up the Prem.

He gave them three-and-a-half years of incredible momentum.

And in doing so Bielsa made himself the most idolised Elland Road manager since Don Revie.

So what on earth was Marsch thinking when he blamed the Argentine’s methods for the club’s injuries this season?

Suggesting that physical, mental and emotional woes were because they were over-trained.

Bielsa may have been madcap but his results were magnificent.

Three wins from four games might back up Marsch’s decision to make a few tweaks. They don’t give him the right to start  questioning his predecessor.

At least wait until survival is guaranteed first, eh Jesse? Or those fans you’re winning over might have a change of heart.

Less than a year ago he was leading them to European glory,  so no one will be calling for his head.

The German insists he is in it for the long haul, for all Chelsea are still seeking new owners and the future remains uncertain.

Yet for all the chaos caused by Roman Abramovich’s departure, it is this . . . at least Tuchel won’t have to worry about his P45 dropping through the letterbox.

And if you think that is too far-fetched to be possible, just ask Roberto Di Matteo.

WHENEVER a big job comes up, Diego Simeone tends to get a mention.

And the suggestion is almost as swiftly dismissed.

And last week we saw exactly why the hard-to-love Argentine will NEVER manage in the Premier League.

Simeone is clearly a gifted boss. Before he got to grips with Atletico Madrid, LaLiga was a Spanish SPL — only two teams were genuine title contenders.

His methods bring results. But his methods are also cynical, callous, brutal and infuriating.

As we saw in Atleti’s classless European knockout against Manchester City.

Who knows, there is every chance that Simeone would have knocked back the opportunity to manage in the Prem had it ever been given.

But one thing is certain now. He’ll never get the chance.

After all, it takes something special to make Antonio Conte look restrained.

WALE OF A TIME

MOST pointless disciplinary measure of the century?

The stewards’ decision to give Grand National-winning jockey Sam Waley-Cohen a nine-day ban for overuse of the whip at Aintree last Saturday.

He’ll have to come out of retirement first!

The only way they will ever stop any rider from being too enthusiastic with the persuader is disqualification.